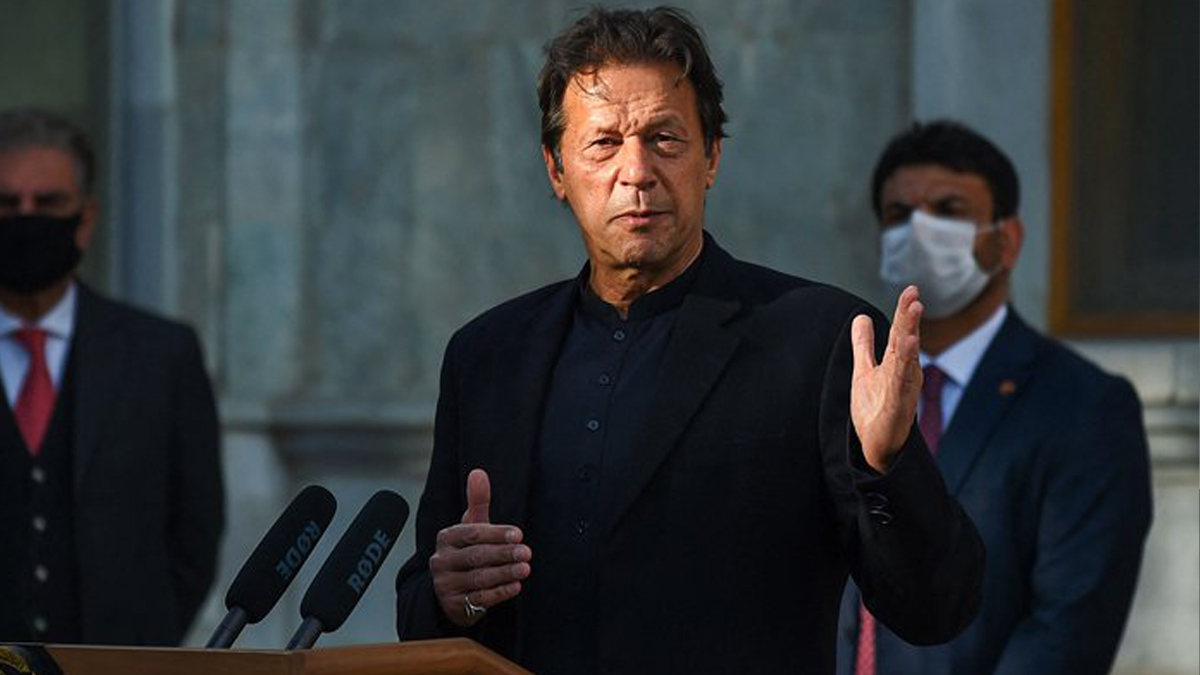 Prime Minister Imran Khan appealed to the public, on Thursday, to adhere to the COVID-19 standard operating procedures (SOPs), specifically on the occasion of Eid ul Adha, to hold the further spread of the novel coronavirus.

His statement comes at the time when the government’s Covid-19 portal sees a drop in the number of daily Covid-19 cases dropped from four digits to three.

Then the number of cases, however, have gradually started increasing and doubled in just a single week. The positivity rate, which was at less than 2 per cent in June, has crossed 3pc after a gap of 20 days.

Pakistan has also confirmed different streams of the virus including the Delta (Indian), Alpha (UK) and Beta (South African) variants. These variants have been seen in the cases detected in May and June.

Addressing the nation in this context, the premier said that in view of the rising number of coronavirus cases in the country, it is important for everyone to wear a mask.

“I know that people are fed up of following the SOPs across the globe and I understand that, but I would like to appeal to the masses to [at least] wear a mask at all times so that Pakistan could be saved from the possible fourth wave of the virus,” he said.

“It is an easy job to wear a mask, and this simple step can save the country and our economy from disaster.”

The prime minister said that masks should be worn at all times — including wedding functions, restaurants, and rooms — as the chances of the virus spreading within indoor environments are very high.

PM Khan warned the masses about the dangers of the Delta variant — which first appeared in India — and said that India, Indonesia, Bangladesh, and Afghanistan are currently suffering because of it.