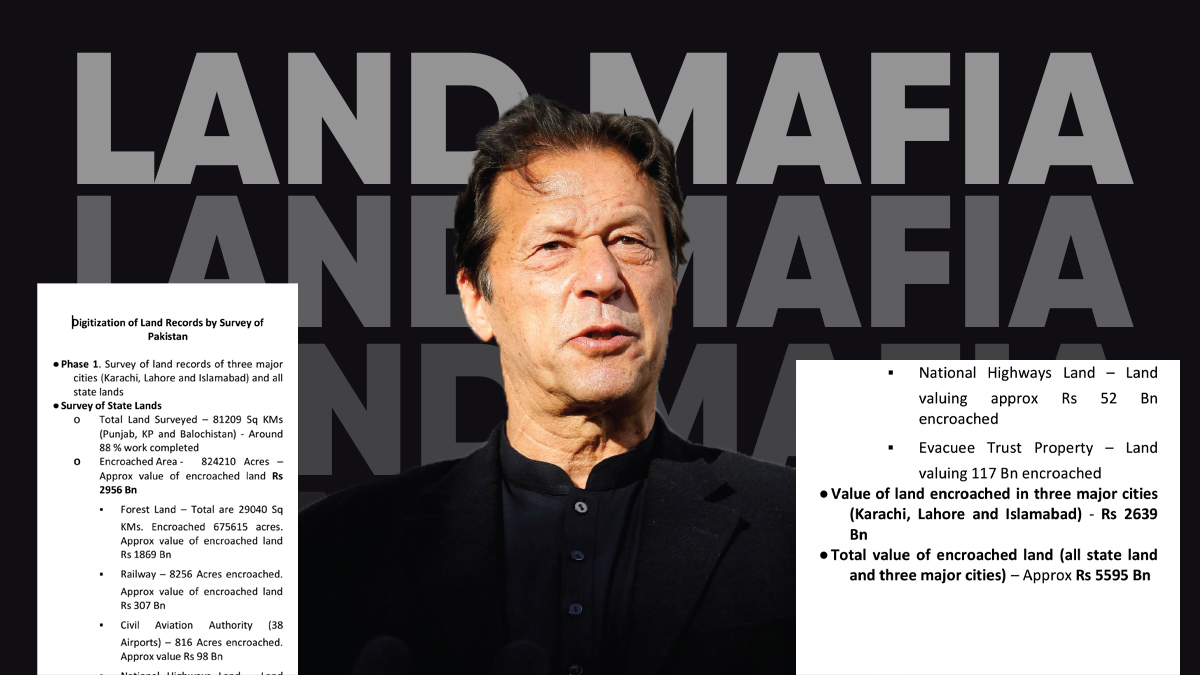 Pledged to take stern action against land grabbers and their abettors after the first phase of cadastral mapping ended.

The survey revealed that the total value of encroached land valued Rs5.59 trillion.

Taking to Twitter, the premier shared the survey, according to which the total value of encroached State land in three major cities – Karachi, Islamabad, and Lahore – was Rs2.63 trillion.

The document revealed that the total value of encroached forest land was Rs1.86 trillion.

It merits mentioning that in September this year, PM Khan launched the cadastral mapping of Islamabad in a bid to eliminate land grabbing and ensure transparency in transactions.

PM Khan wrote that his government had taken on massive resistance when he began the cadastral mapping of Pakistan to digitise land records.

“This resentment was just like the protests over EVMs [electronic voting machines]”.

According to media reports, the survey was conducted by the Railways, Civil Aviation Authority, forest department, National Highways and Evacuee Trust Property.

The premier said that his government would now take action against the land mafia with the help of this “accurate” digital record.

It must be remembered that the Special Assistant to the PM on Climate Change, Amin Aslam, had earlier shared the cadastral maps of State lands.

The SAPM said that the premier would “officially” share this data with the provinces for stern action against land grabbers encroaching these lands.

The surveyed provinces included Khyber-Pakhtunkhwa, Punjab, and Balochistan whereas data from Sindh is yet to be received because of bureaucratic delay from the provincial authorities.