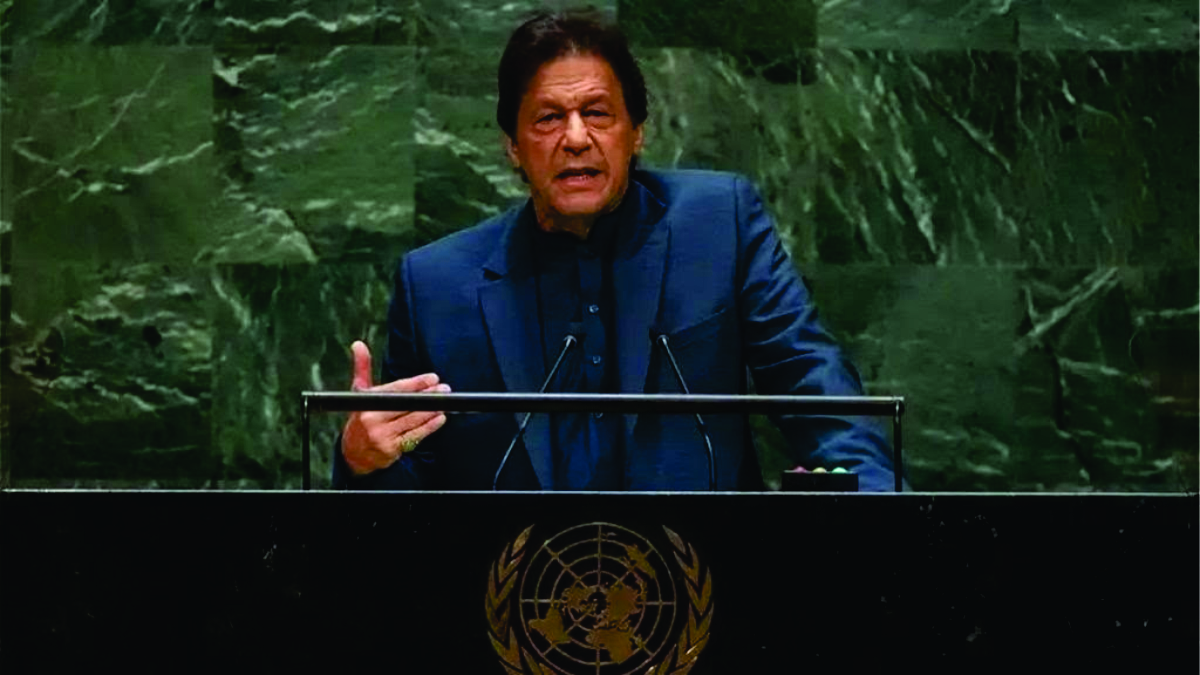 His address would focus on the prevalent scenario in Afghanistan and the Kashmir issue.

The theme this year is “Building resilience through hope – to recover from COVID-19, rebuild sustainability, respond to the needs of the planet, respect the rights of people, and revitalize the United Nations”.

He said Pakistan’s policy statement will be delivered by Prime Minister Khan. Khan is expected to convey his country’s views on the major global political and economic issues. Akram said Pakistan would, throughout the session, draw the world‘s attention to the gross human rights violations in Illegally Indian Occupied Jammu and Kashmir (IIOJK). His speech will also focus on the need to stabilise Afghanistan, combat Islamophobia, and disinformation campaigns that are propagated by India.

Pakistan will also talk about threats that coincide with rising tensions between China and the US, an arms race, and proliferating conflicts in the Middle East, Africa, Asia, and other regions of the world.

Furthermore, Akram added that Foreign Minister Shah Mahmood Qureshi would also participate in person in several events to be held during the Assembly’s high-level week. Qureshi’s meetings include a session of the OIC Working Group on Jammu and Kashmir, a high-level meeting on Energy and Uniting for Consensus group on Security Council reform.

The Foreign Minister is also set to hold a number of bilateral meetings with his various counterparts and the UNSG. He will address think tanks and converse with the Pakistani community, businessmen, and media.

It merits a mention that the UNGA’s session, starting on Tuesday in New York, will be held in hybrid mode.