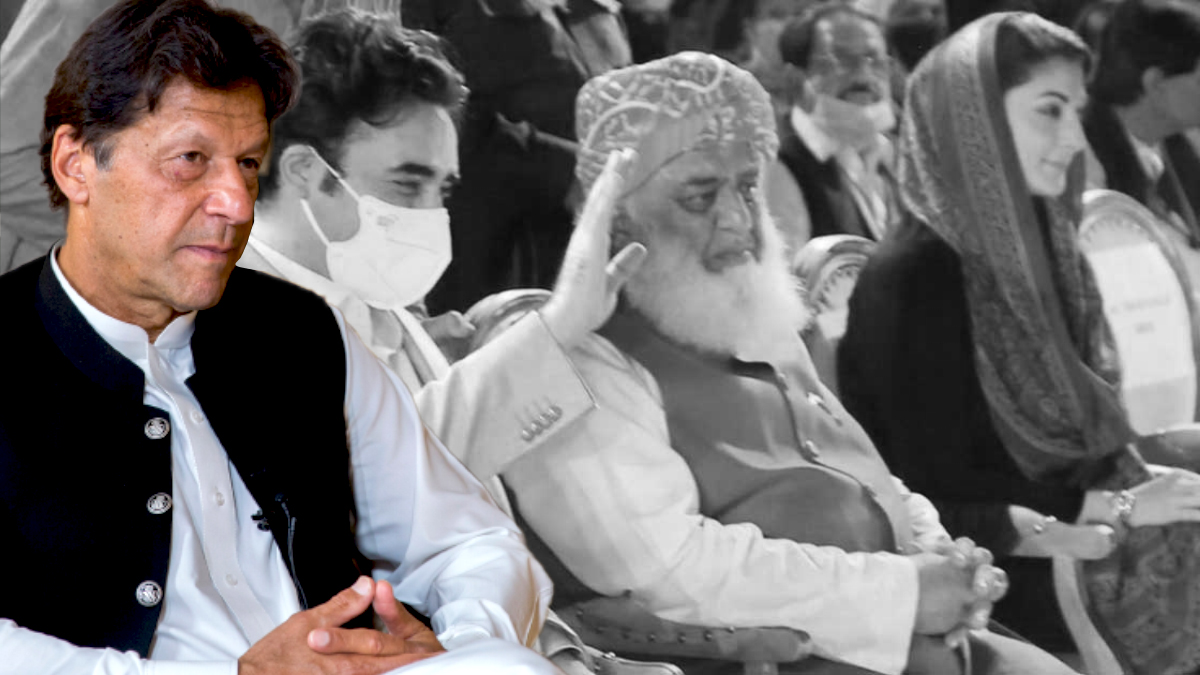 Prime Minister Imran Khan said Monday that he and his team had dissolved the National Assembly after due deliberations.

Khan wondered why the opposition was moving the Supreme Court when convening an election was their basic demand.

The prime minister was interacting with people and answering their questions.

He said the opposition had been playing on the narrative that the government was incompetent and a selected one.

“Why are they afraid of elections? I don’t have an answer to that,” PM Khan wondered.

The PM said: “This is what you people used to say that my government is selected and incompetent. We have announced the election and are wondering what you guys are doing in the Supreme Court?

The premier said that in view of the prevalent situation in the country, he thought of going to the public.

He said the opposition wanted the government to be restored.

“Their only goal is to get an NRO. They have corruption cases going on. They are on bail and are running away. Their efforts are to come to power and secure the NRO-II,” he charged.

The PM said that the government did not have experience in its initial days but had got a lot of experience. “We will give tickets after due deliberations.”

“Everyone saw that these people sold their conscience. Their politics will end. I have to give tickets to the politicians who think of the country. I will interview them myself,” PM Khan said.

“This time I will give party tickets to those having a vision for Pakistan. It doesn’t matter if we win or lose by giving tickets to such people,” he added.

Khan said people were being bought and taken to hotels in Punjab. My party should protest outside the premises where buying and selling are taking place. “Our democracy is over,” the premier said.

Former US military chief says US ‘visibly distanced’ from Pakistan