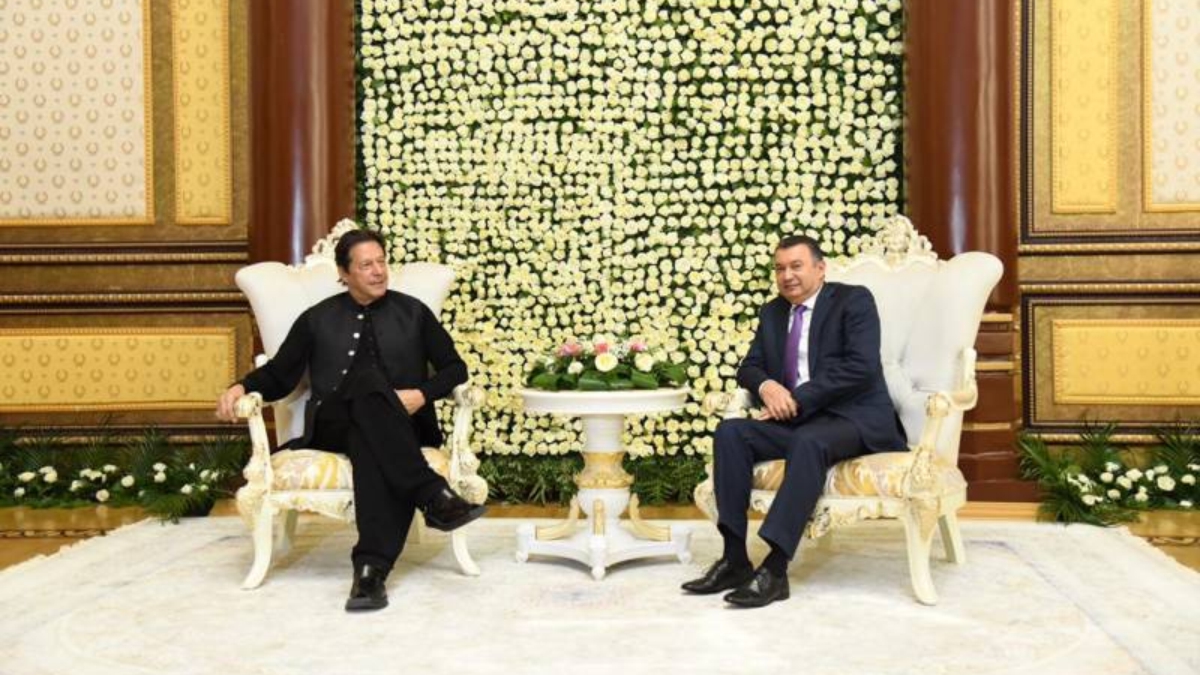 He will be attending the 20th Shanghai Cooperation Organisation’s (SCO’s) Summit in Dushanbe, as per a tweet by the Prime Minister’s Office (PMO).

The tweet said, “The prime minister was welcomed by Tajik Prime Minister Kokhir Rasulzoda and was given a red-carpet welcome at the Dushanbe International Airport.”

The prime minister, following his arrival, met the President of Kazakhstan, Kassym-Jomart Tokayev, and convened ove5r matters of bilateral interest.

Held on the sidelines of the SCO Summit, the meeting focused on collaboration for the mutual benefit of two countries.

It merits a mention that Kazakhstan and Pakistan enjoy cordial relations based on an aligned approach towards world issues as well as bilateral understanding.

PM Khan will be holding meetings with other participating leaders during the summit.

After taking part in the moot, PM Khan will hold a meeting with Tajik President Emomali Rahmon. The talks would include the entire gamut of bilateral relations, particularly enhancing economic ties, trade, and investment with a focus on regional connectivity.

Prime Minister Imran Khan will also kick off the first meeting of the Pakistan-Tajikistan Business Forum. A group of Pakistani businessmen will visit Dushanbe for this purpose.

The Joint Business Forum will focus on growing trade and investment relations, business contacts between the trading fraternities of both countries.

Furthermore, a meeting of the Pakistan-Tajikistan Business Council will also be held on the sidelines.

It merits a mention that this is the third visit of Imran Khan to Central Asia – after assuming power – signifying Islamabad’s enhanced engagement with the region.

Fawad Chaudhary stated that PM Imran was asked by the Tajik president to visit the country, and both nations share close fraternal ties.

“The Afghan situation will also be a key part of this conference”, he said, maintaining that Tajikistan’s role in Afghanistan is significant and Pakistan recognises that.