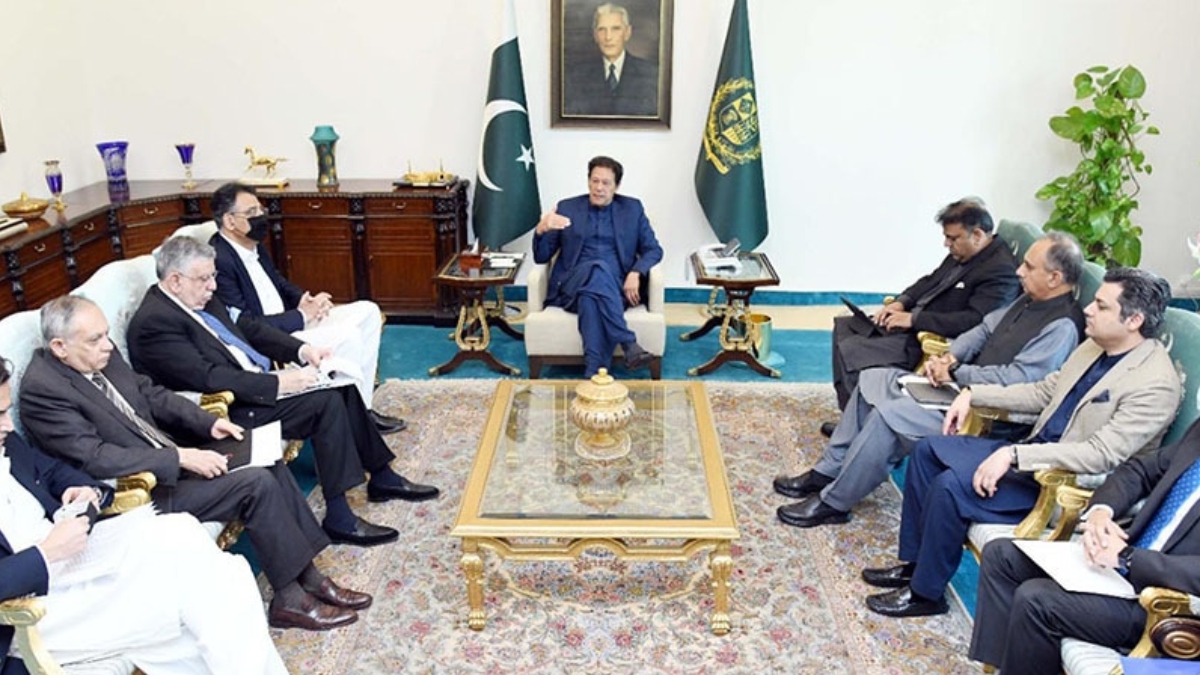 The Federal Minister for Information and Broadcasting, Fawad Chaudhry, said Monday that the PTI Core Committee expressed displeasure over repeated notices issued by the Election Commission of Pakistan (ECP) to him and Azam Swati.

He said these notices, based on injustice, should be withdrawn immediately.

Fawad Chaudhary was speaking to media persons after a session of the PTI’s core committee, which was chaired by PM Imran Khan. Special Assistant to the Prime Minister on Political Communication Dr Shahbaz Gill was also present alongside him in the presser.

According to media reports, PM Khan has directed other leaders of the ruling party to take a stand on the matter.

The Information Minister said that the Prime Minister would announce a huge relief package regarding inflation in a day or two.

“I assure you that more than 10 million people would benefit from it directly.”

Moreover, the Prime Minister barred PTI leaders from issuing statements regarding the government’s deal with the banned Tehreek-i-Labbaik Pakistan (TLP).

Media reports, on the other hand, claimed that PM Khan wished to keep the TLP chief behind bars.

Chaudhary said that the government was worried about the continuous hike in oil prices in the world market.

“We are formulating a strategy to cater to the energy crisis,” the Minister maintained.

He said two major issues – inflation and local bodies election – were discussed at length in the PTI core committee.

Promising direct democracy, the Minister said preparations were in the final stages regarding the local bodies elections in Punjab and Khyber Pakhtunkhwa (KP).

Shahbaz Gill said the entire core committee expressed concern over the notices issued by the ECP to Azam Swati and Fawad Chaudhry. He said the PM would take the nation into confidence regarding the economic scenario in a day or two.