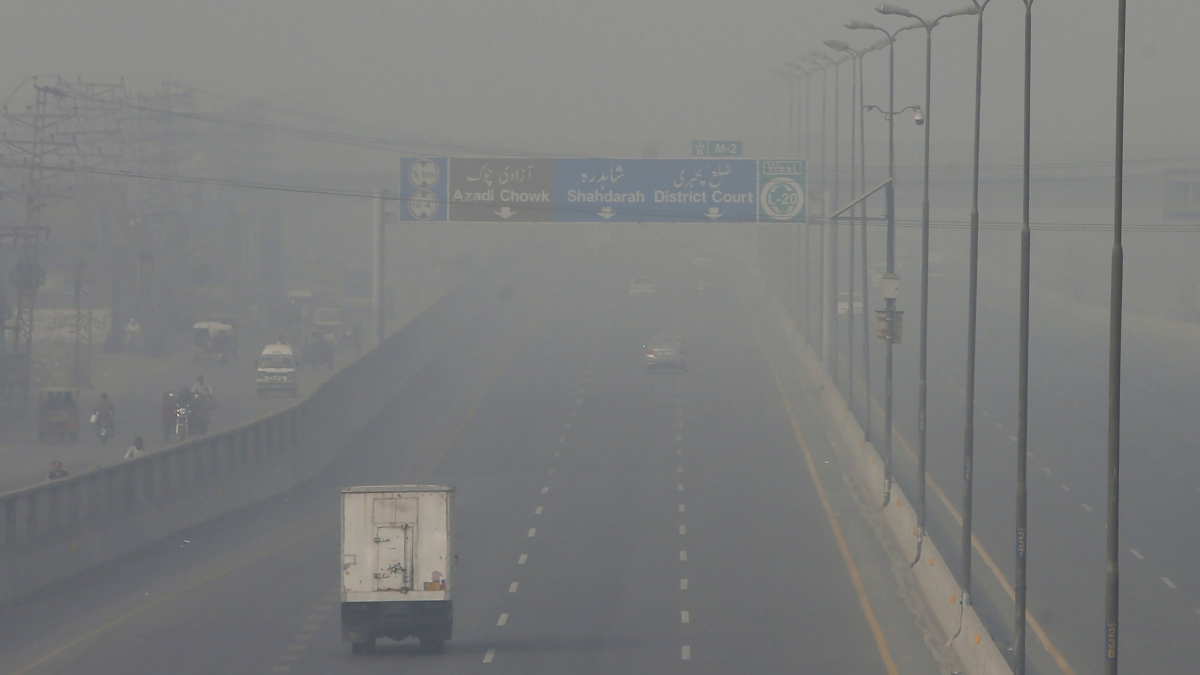 On Monday, Lahore’s Air Quality Index (AQI) crossed 289 – making the city top the list of the most polluted cities across the globe.

Smog, with a change in the weather, has engulfed Lahore once again – causing serious health problems, including blurring vision, for citizens.

According to experts, both the agencies have blatantly failed in implementing the standard operating procedures to combat smog.

Globally, Lahore’s air quality is the worst, followed by Delhi and Wuhan.

Other cities on the list include Sarajevo, Herzegovina, Bishkek, Karachi, Kolkata, Beijing, Zagreb, and Shenyang.

Data shows that the highest level of aerial pollution is in the industrial area of Kot Lakhpat – with an AQI level of 338 – where a large number of industrial units are constantly burning coal to fulfil national energy needs.

According to media reports, fire burning incidents on the Indian side of Punjab is another reason for high levels of smog in Lahore.

Meanwhile, the Provincial Minister for Disaster Management, Khalid Mahmood, said that smog is a natural phenomenon – created by the combination of fog and smoke in the atmosphere.

“Smog is usually caused by the amalgamation of smoke in the fog, caused by a shift in the humidity ratio in the atmosphere when winters begin,” he added.

Mahmood said the complete elimination of smog cannot be claimed as it is a natural phenomenon, but the intensity of it could be reduced by controlling human activities that cause an increase in the amount of smoke in the atmosphere.

He said that the Punjab Disaster Management Authority had banned all activities that could spike the intensity of smog, assuring citizens that they will see a positive impact of it soon.