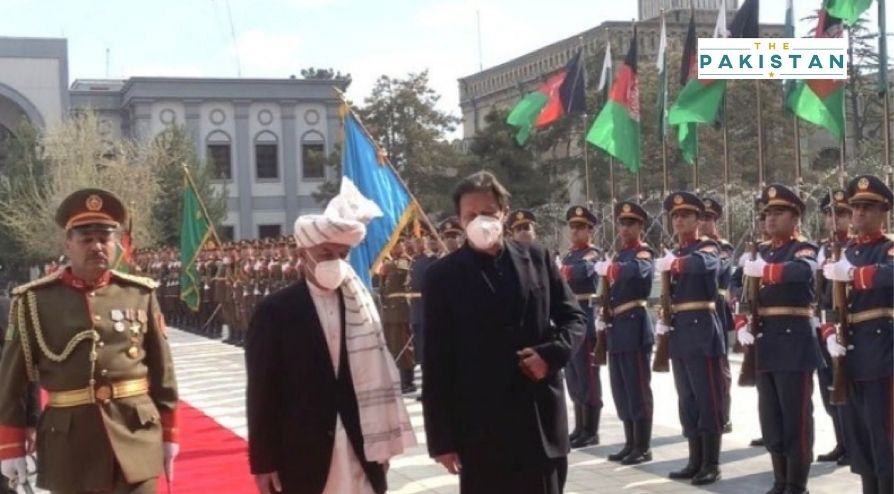 Prime Minister Imran Khan is currently on his maiden visit to Kabul, Afghanistan where he was welcomed with the Guard of Honour at the Presidential Palace where he will discuss the stalled negotiation in the Afghan Peace Process and ways to reduce Taliban-led violence in the country.

The talks between the two countries’ representatives will “focus on further deepening the fraternal bilateral relations between Pakistan and Afghanistan, the Afghan peace process, and regional economic development and connectivity,” Pakistan’s foreign office said in the statement.

Pakistan and Afghanistan have seen strained relations with each other throughout the last few decades as Afghans blame Pakistan for most of their problems in the past. However, the relations between the two sides seem to have shifted ever since PM Khan assumed office who has said multiple times that he will support Afghan-led and Afghan sponsored peace process in the country.

PM Khan has also ensured that the peace process is not stalled and has used its diplomatic good offices to bring all sides to the table.

“The PM’s visit builds on the sustained engagement between the two countries in recent months for enhancing bilateral cooperation in diverse fields. In this context, besides Foreign Minister’s regular exchanges with his Afghan counterpart, there have recently been important visits from Afghanistan to Pakistan of Chairman High Council for National Reconciliation (HCNR)Dr. Abdullah Abdullah, Speaker Afghan Wolesi JirgaRahman Rahmani, and Commerce Minister Nisar Ahmad Ghoraini,” the foreign office said.

Must Read: Pakistan Being Pressurized To Accept Israel: PM Khan