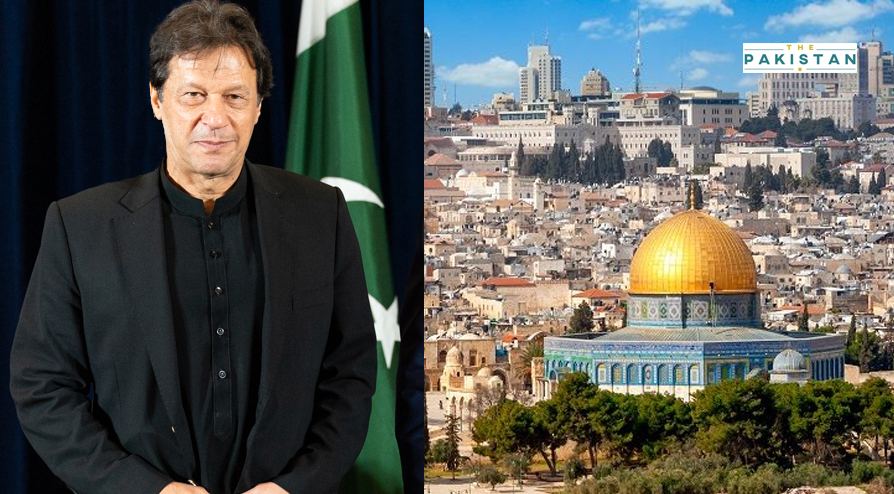 Prime Minister Imran Khan has said that Pakistan is being pressured by the United States to recognise Israel but said that he will not accept the country until there is a just settlement for Palestine.

Earlier this year, the UAE, Bahrain, and Sudan normalised relations with Israel, while reports in the media stated that the Trump administration was asking Saudi Arabia to do the same.

Riyadh has so far not followed in the footsteps of its Gulf and Arab allies.

The report was issued by the Middle East Eye website which quoted PM Khan as making these remarks during an interview. The website claimed that Pakistan was put under extraordinary pressure to recognise the Judaic state while ignoring the rights of Muslims in the region.

The US has been pushing and pressuring almost all of the Muslim countries to recognise Israel and normalise ties with the country despite the fact that Muslims scorn how the Palestinians have been treated under Israel.

Meanwhile, on the namely Muslim country, the UAE has accepted Israel without any resistance as it is pushing for a makeover from turning the country into a secular one. Earlier, the UAE also relaxed Islamic laws in an effort to push modernisation.

The UAE and Israel also have established travel routes with the two countries.

PM Khan, however, has stood steadfast in his approach towards Israel and said that Pakistan cannot consider accepting unless the two-state solution as enshrined in the United Nations is implemented in the region. He has repeatedly on multiple occasions said that Israel needs to undo a lot of what it has done over the years before Pakistan can consider accepting it as a country.

Meanwhile, Saudi Arabia — home to Mecca and Madinah — has still withstood the pressures from the US and Israel and has refused to recognise Israel.