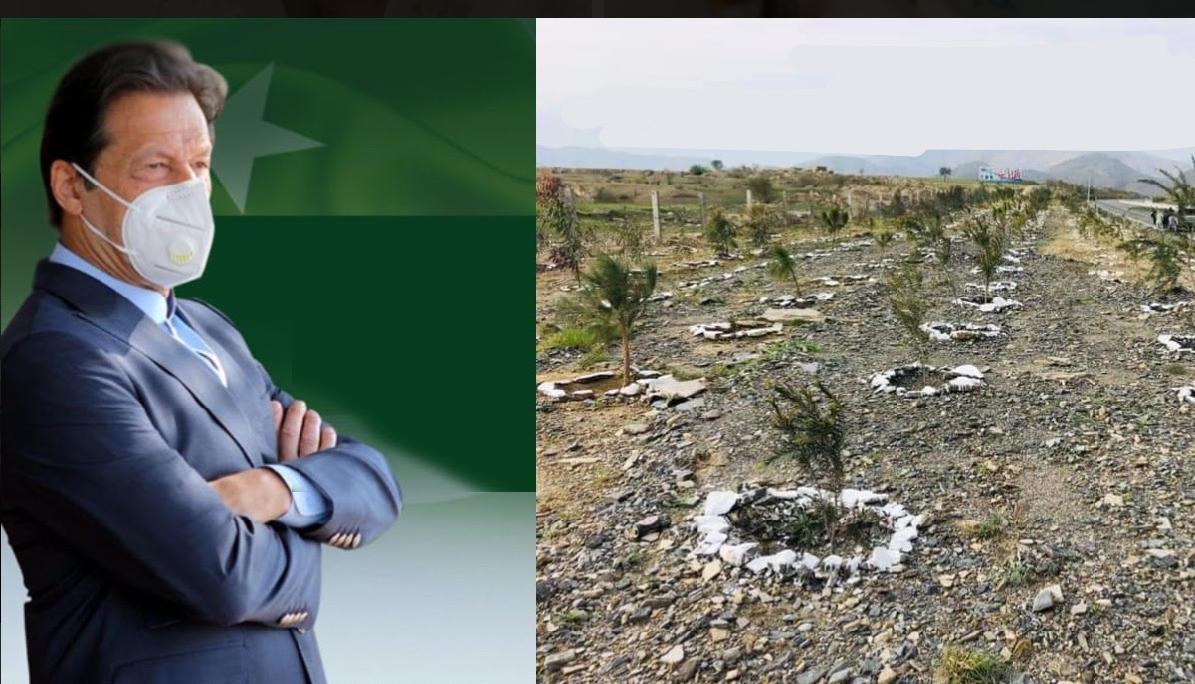 After the launch, PM Imran took a tour of the olive plantation site and was briefed about the initiative. With this campaign, the government is aiming to plant 50 million olive trees across various parts of Pakistan. As per reports, the federal government is seeking to save and prosper foreign exchange by boosting olive cultivation in the country.

Taking to Twitter, KP MNA Kamran Bangash posted details about the olive plantation campaign. In a series of tweet, he said that in a few years, the ‘#OliveTreeTsunami’ will contribute to uplifting multiple sectors of Pakistan, including the economy, exports, local job markets and environmental responsibility. He further affirmed that with this initiative, Pakistan will be able to employ its true biodiverse potential and wildlife will also flourish.

“#OliveTreeTsunami will not only ward off the increased conversion of land into deserts, but a national resource of a healthy edible oil will emerge as well,” he added.

Kamran Bangash further expressed confidence that Pakistan will soon emerge as the biggest exporter of olives. He noted that Olive Tree Tsunami programme is not just a campaign to plant trees, but a comprehensive mega-project that is aimed at ensuring prospective growth for the local job industry, natural medicine, and food conglomerates.

On Sunday, PM Imran Khan said that the PTI (Pakistan Tehreek-e-Insaf) government’s environmental policies are being recognised across the world. Taking to Twitter, he shared a video posted by the World Economic Forum (WEF) explaining a number of green policies adopted by Pakistan towards a better future.

“Globally PTI’s environment policies are being recognised esp our green recovery programme from the Covid 19 pandemic and our Climate action plan,” the Premier said in his tweet.

Last year, the ruling PTI government launched one of the world’s largest reforestation campaigns to plant 10 billion trees across Pakistan by 2023. According to Malik Amin Aslam, Minister for Climate Change, the government is currently fulfilling the first phase of the mega-campaign with the aim of planting 3.25 billion trees across relevant regions. In December 2020, the Premier had also launched the ‘Billion Tree Honey Initiative’ in order to boost the production of honey through tree plantation.