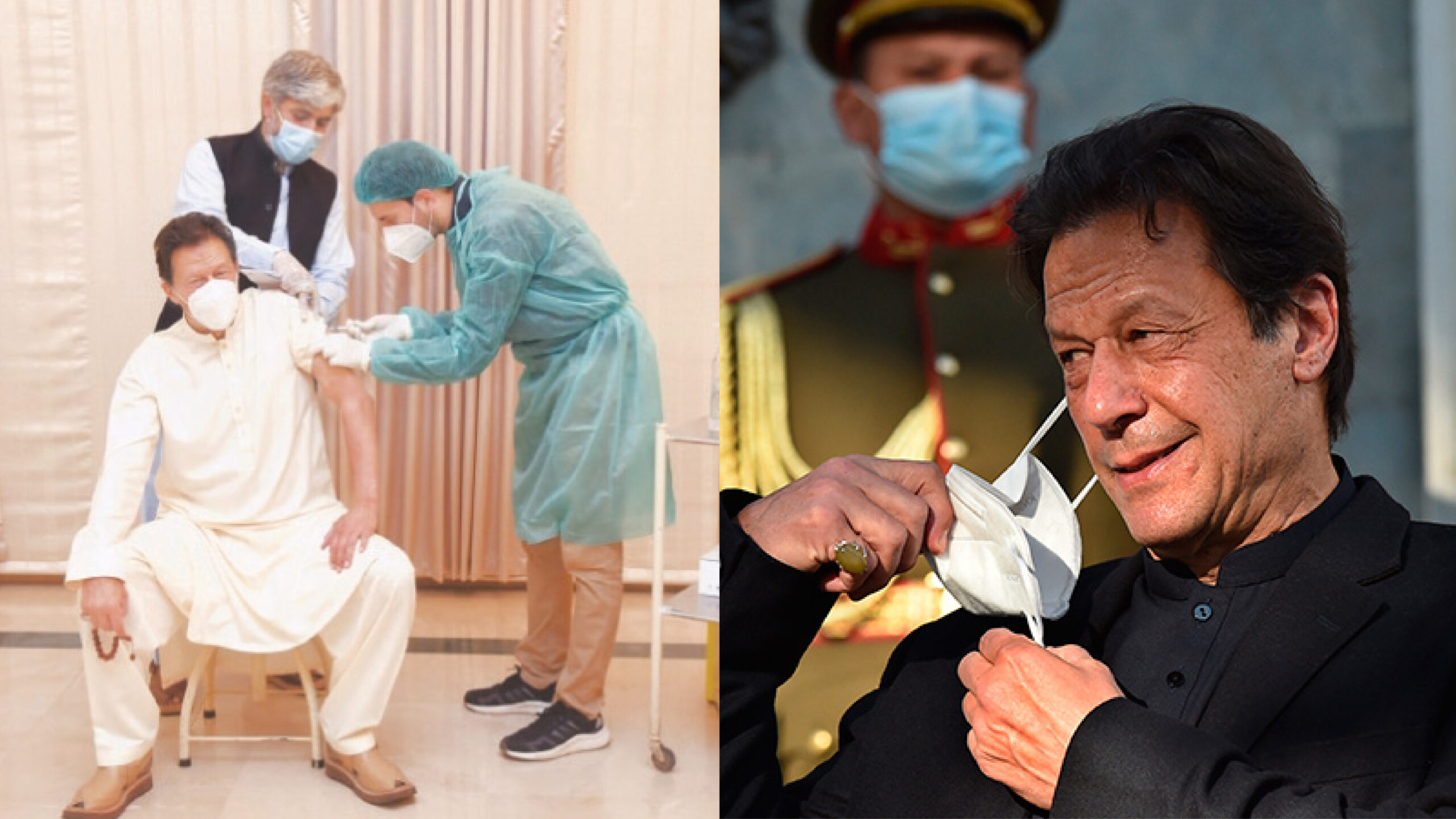 Prime Minister Imran Khan, on Thursday, got vaccinated for the coronavirus, according to a statement released by the Prime Minister’s Office (PMO).

On the occasion, the prime minister stressed the vitality of the public strictly adhering to coronavirus safety precautions as the country fights with the third wave of the virus.

Pakistan began its COVID-19 vaccination drive in the midst of February after the arrival of China-gifted vaccine doses, priority was given to the frontline health workers for inoculation, while on the 10th of March, the country began vaccination for the general public, giving priority to people aged 60 and above.

Earlier this week, to mobilize public opinion, President Dr Arif Alvi and his wife, Samina Alvi, were given the COVID-19 vaccine jab.

The country is seeing a surge in COVID-19 cases with the last 24 hours seeing 3,495 reported cases. In this period, 61 people have died from the disease.

So far, how many people have been vaccinated?

As per the details given by the Director General National Health Services Rana Safdar, more than 800,000 people have got themselves registered for the vaccine. These also include healthcare workers and people who are aged 60 or above.

Safdar said that there are nearly 8.5 million people who come in the ‘aged 65 and above bracket’ in Pakistan.

He said that among those who registered, nearly 500,000 people have received the vaccine shot.

The NHS director-general said that out of those who got vaccinated, nearly a thousand people complained of meagre side-effects such as slight arm pain from getting the shot, mild headaches and low-grade fever.

Addressing the worldwide speculations, no one has, so far, been admitted to the hospital after being given the vaccine, he said.

We have to put our house in order, says COAS Bajwa