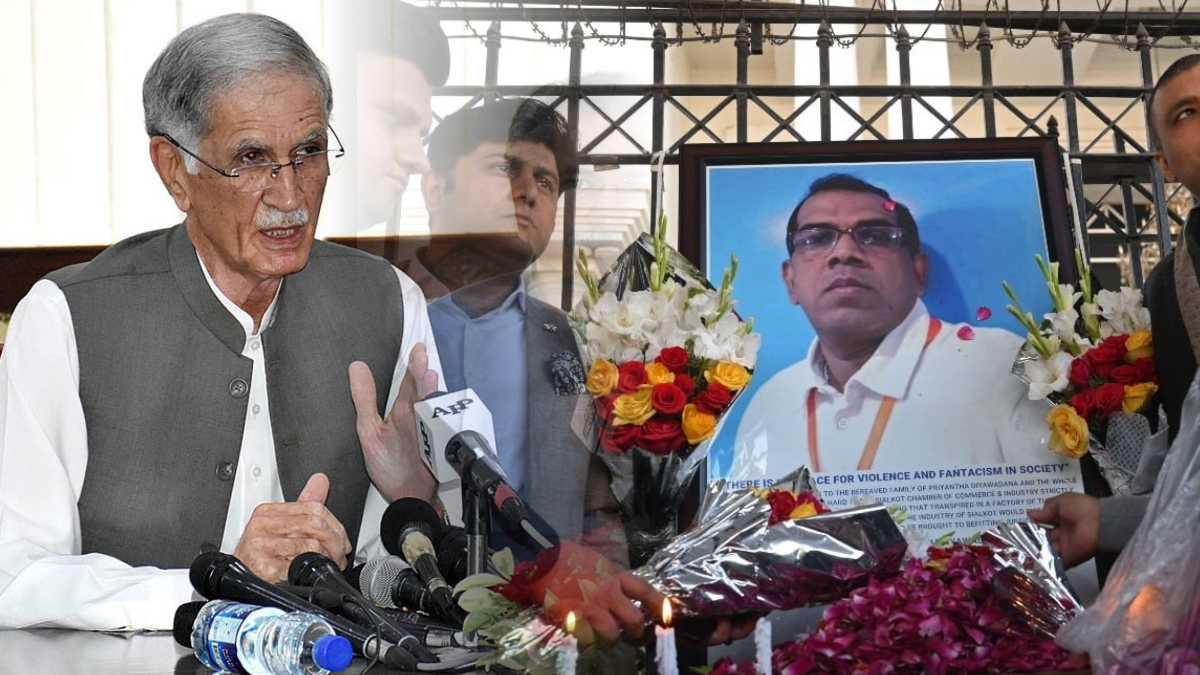 Drew ire for his insensitive statement about the Sialkot incident wherein he said anger and emotions among young people caused the killing of the Sri Lankan man, and it wasn’t a big deal.

The minister spoke to the media in Peshawar amid countrywide outrage after a mob of protestors tortured and burned a Sri Lankan factory manager, Priyantha Kumara, accusing him of blasphemy.

Khattak said youngsters were unable to control their sentiments leading to fights and even murders. The minister added that he was compassionate when he was youthful.

“I would have done anything in the name of religion,” Khattak said.

He said the incident could not be linked to PTI’s decision of lifting the ban on the outlawed TLP. He added that it resulted from spiked emotions among youngsters over a religious issue.

The Defence Minister then questioned the media’s role in moulding narratives, saying journalists should educate youngsters about their religion. He said the media was engaged in making money while ignoring issues such as healthcare, education, and religion.

Khattak’s statement generated strong criticism from people across the country.

The TLP was linked to the dark incident by users on social media. Still, the party condemned the lynching and distanced itself from it.

Khattak asked, “When you were young, were you also not emotional?”

“Everybody has a different mindset. A mob gathered when someone chanted a slogan against Islam that led to such an episode,” Khattak added.

He said such instances did not mean that Pakistan was on the verge of catastrophe.