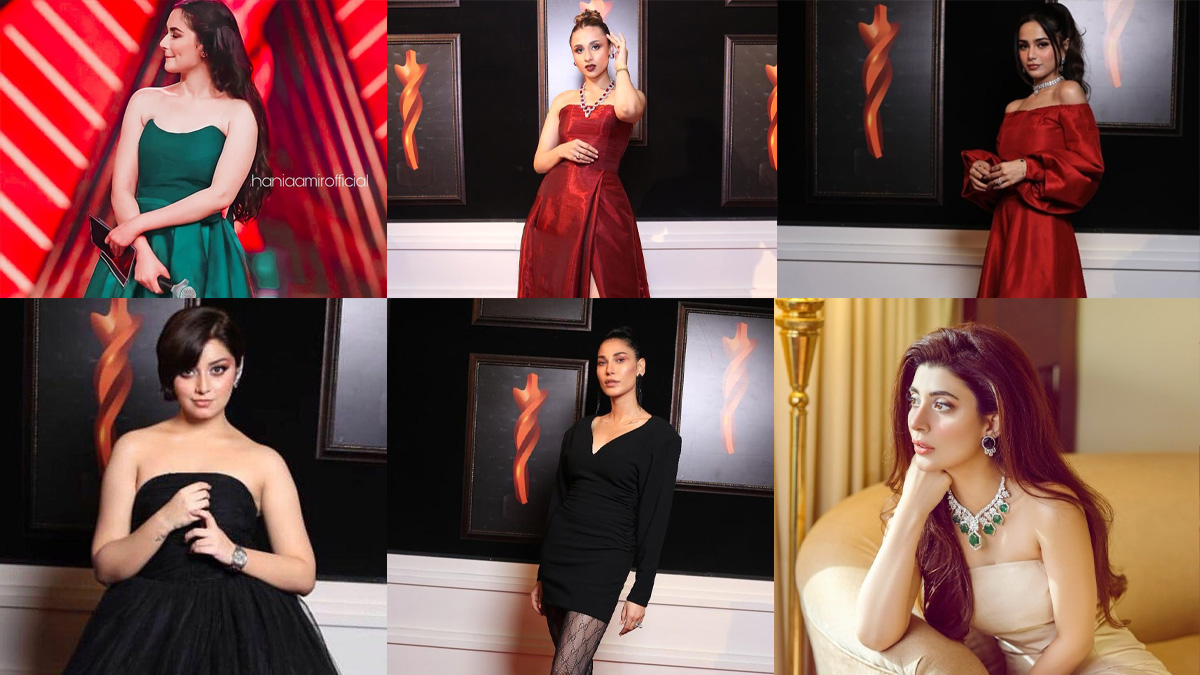 The Hum Style Awards held, on Sunday night, in Lahore, have become the talk of the town.

The video clips and photos started to circulate on social media but didn’t go well with the Pakistani fraternity.

Every other celebrity coming on the red carpet was wearing west-inspired dresses, and people wondered if our local designers had lost the touch of Pakistani style in their creativity. Pakistani audience, who was waiting for the award show to be aired, came down heavily on the dresses of female celebrities.

A Pakistani Twitterati questioned if the awards that were being held in the United State of Pakistan?

Since, of course, Pakistani culture doesn’t signify men appearing in public without wearing shirts as well, people saw the line between being glamorous and vulgar growing thinner and thinner.

The Hum Style Awards are annual accolades that are attended by stars from the fashion, television, and music industries of Pakistan.

Actress Alizeh Shah faced hefty backlash and became subject to mockery for her outfit choice for Sunday’s star-studded gathering. She was donning a backless and strapless black formal gown and became the talk of social media in no time.

Twitter was flooded with posts from various points of view, all heavily critical in their remarks. Some commented from a cultural and religious perspective while some even went as far to compare her dressing choice to Imran Khan’s comment made in an interview on HBO, on June 20, where he stated “If a woman is covering herself very few clothes it will have an obvious impact on the man unless they are robots. It is a matter of common sense.”

Some even resorted to going to the extent of saying that the actress was “copying the cheapsters of Bollywood,” after finding of her choice of clothing