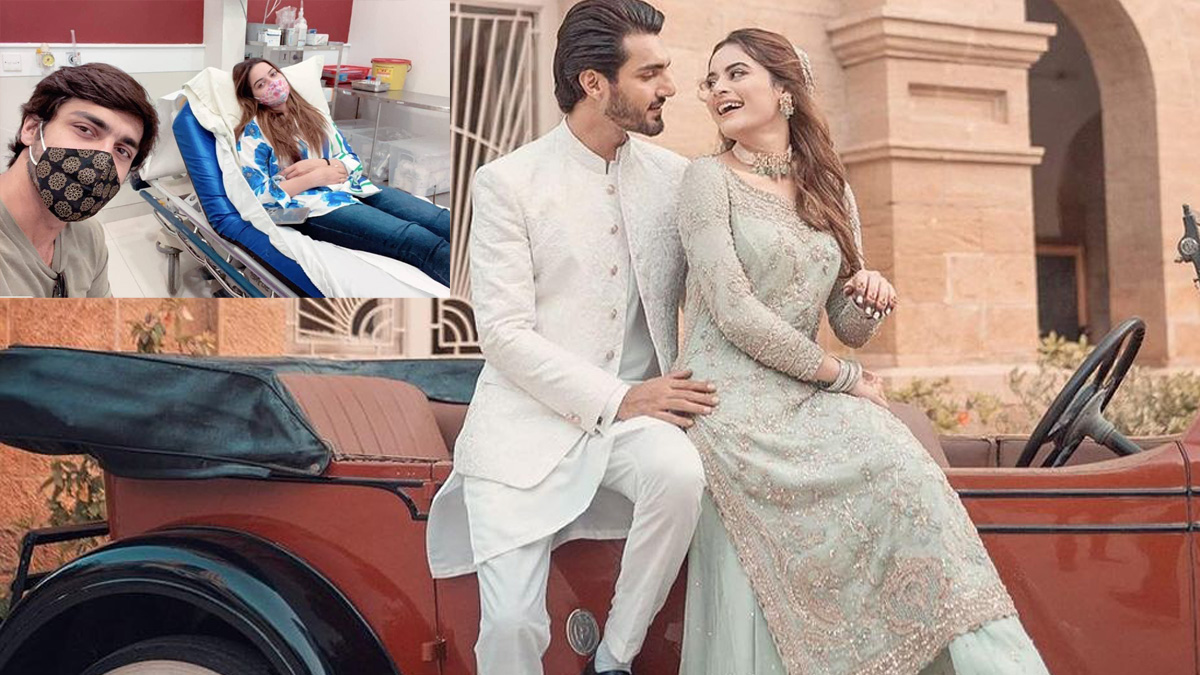 Fans of Minal Khan took to social media to show concern about her health after her photos from the hospital surfaced on social media.

The picture was shared by her fiance, Ahsan Mohsin Ikram.

Ahsan and Minal made their relationship official after they announced their engagement publicly last month.

The couple made headlines all over the internet as their big day was nothing less than a fairy tale event.

In the uploaded selfie, actor Ahsan Mohsin Ikram can be seen paying a visit to his celebrity fiance at the hospital.

He, taking to his Instagram Story on Sunday, shared their selfie where his wife can be seen resting in a hospital bed. The duo, keeping the Covid-19 tradition alive, also kept their masks on.

He captioned the photo with a heart emoticon, reading “Get Well Soon,” aloud.

Later, the parchayee star updated fans with a photo of her plastered foot via her Instagram Story. The picture was titled, “You know if you know”.

Although, the star duo didn’t reveal the reason for Minal’s hospital visit but the image was enough to strike the concerning vein of their fans who struck at their keyboards wishing the actress the best of healths.

On the other hand, the actress also came under fire from a section of the internet as fashion sleuths are calling out celebrity twins Aiman and Minal Khan’s new clothing line for stealing off designs from another prominent fashion house.

The brand’s upcoming collection seems to have taken some very serious inspiration, which some may term as blatant plagiarism, from Zara Shahjahan.

A red outfit, in particular, posted to the brand’s Instagram page recently is highly reminiscent of Minal’s engagement outfit by Zara Shahjahan.

A fashion page on Instagram posted a picture of the two outfits, captioning the photo, “spot the difference”.