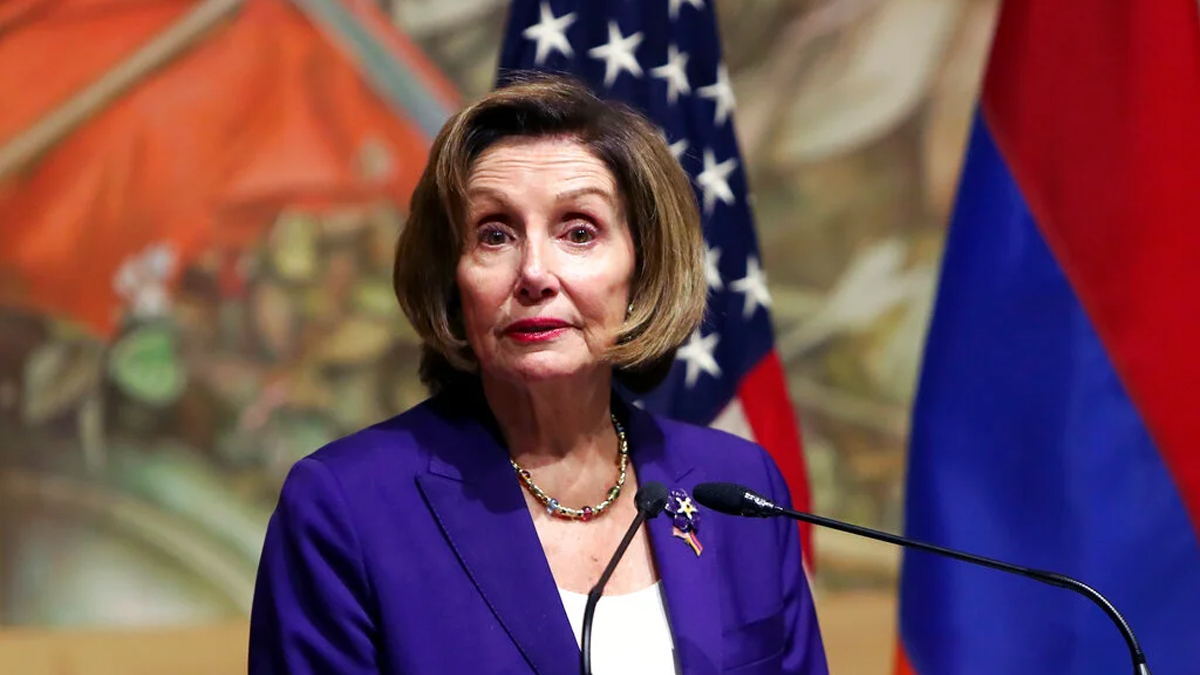 During a visit to the ally of Russia, Nancy Pelosi, speaker of the US House of Representatives, fiercely denounced what she called “illegal” border raids by Azerbaijan on Armenia on Sunday.

Pelosi presented her visit to Armenia, a tiny nation the size of the US state of Maryland that is sandwiched between Iran, Azerbaijan, Georgia, and Turkey, as an effort to build support for what she described as a shining example of democracy.

Speaking in the historic city of Yerevan, Pelosi said that the “illegal and violent attacks by Azerbaijan on Armenian soil” that precipitated border confrontations that resulted in more than 200 fatalities were the reason for her travel.

Speaker of the Armenian Parliament

Alen Simonyan, the speaker of the Armenian parliament, voiced dissatisfaction last week with the way a military alliance led by Russia responded to Yerevan’s call for assistance. Pelosi stood beside him and stated, “We strongly condemn those actions.”

Pelosi said it was obvious that the border fighting was started by Azeri attacks on Armenia and that the chronology of the conflict should be made known. Pelosi infuriated China with a trip to Taiwan last month. According to Pelosi, the Azeris “were the ones who started the conflict, and that has to be acknowledged.”

Pelosi’s comments sparked an outlandishly harsh condemnation from Baku, which said she was jeopardizing the Caucasus’ peace.

The foreign ministry issued a statement saying, “The unfounded and harsh accusations levelled by Pelosi against Azerbaijan are unacceptable. The ministry referred to Pelosi’s comments as “Armenian propaganda” and declared that they were “a major damage to the attempts to improve relations between Armenia and Azerbaijan.”