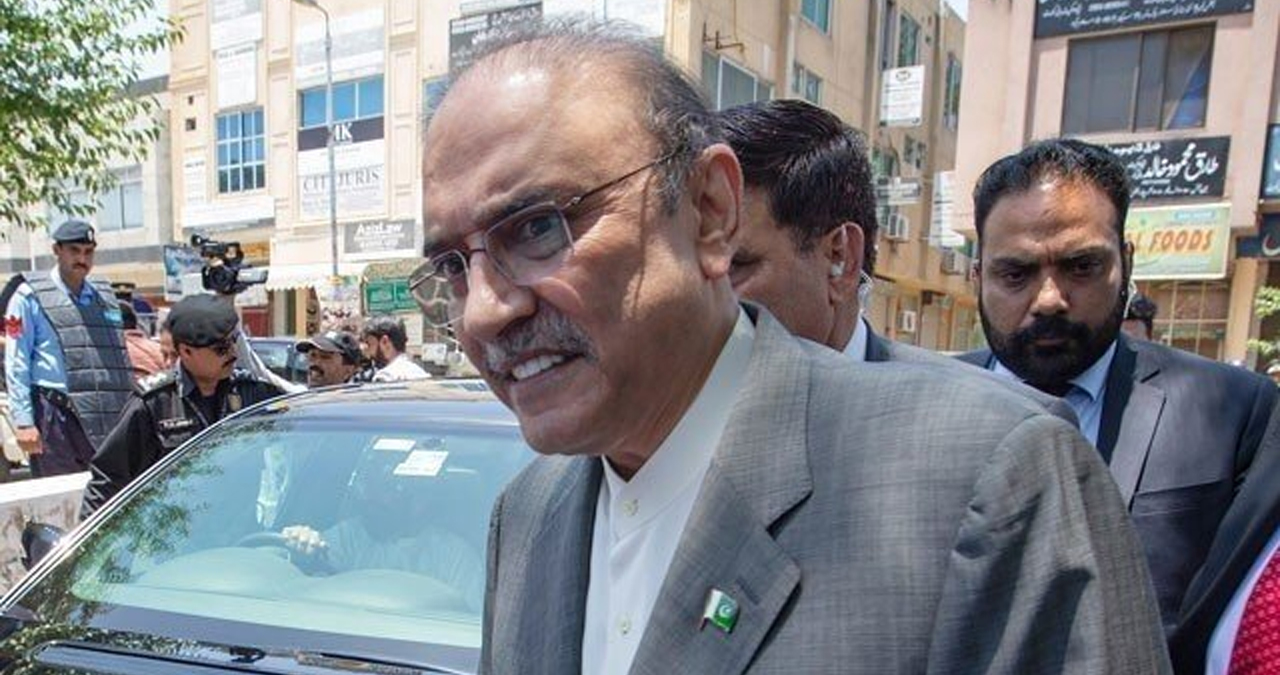 Speaking to media persons outside the court premises, the Pakistan Peoples Party (PPP) co-chairperson said he had not thought of his party rejoining the multi-party alliance.

“I don’t know about this, my son,” Zardari said while answering a journalist who had asked whether PPP was joining hands with the PDM.

It is pertinent to mention that the PPP has announced a long march to Islamabad on February 27.

Zardari was asked whether the Jamiat Ulema-e-Islam-Fazl (JUI-F) would be able to topple the Imran Khan-led PTI government. The former president recalled that Maulana Fazlur Rehman had also held similar marches in the past.

Meanwhile, the sessions court gave a pre-arrest bail to Zardari in the New York Property case.

Former president Asif Ali Zardari came to the court along with his counsel Farouk Naek.

Zardari’s comments came a day after a meeting between the PPP chairperson Bilawal Bhutto Zardari and the Pakistan Muslim League-Nawaz (PML-N) President Shehbaz Sharif was held in Islamabad.

Both parties agreed to start with anti-government protests to oust the ruling Pakistan Tehreek-e-Insaf (PTI). The meeting was organised amid news reports that PML-N supreme leader Nawaz Sharif has agreed to an in-house change.

Zardari said he opposed the PTI government from its first day, adding that he was hopeful about in-house change. He said the government was made up of “imprudent individuals” who were not fit to rule.

According to the PPP co-chairman, Imran Khan did not have the capacity or will to facilitate people.

Separately, the PPP sent a formal invitation to Mohsin Dawar and the National Democratic Movement on behalf of Bilawal Bhutto to take part in the PPP march to the federal capital on February 27.