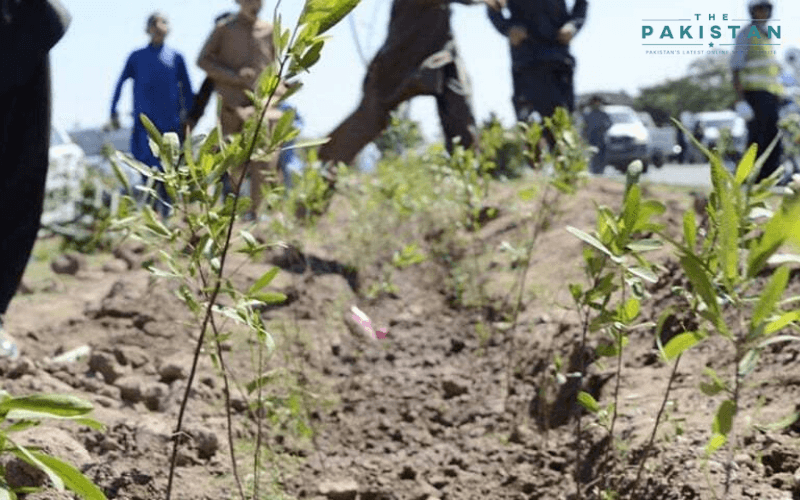 The government on Monday said that it will plant around 200 million saplings after Eid Al Adha launching the country’s largest monsoon tree plantation drive.

The announcement was made by the Adviser to PM on Climate Change Malik Amin Aslam who said that “maximum efforts will be made to achieve the target, and if possible exceed it by a huge margin during the monsoon tree plantation season that will continue till September 30.”

“The monsoon season [June-September] is an opportunity for forests’ growth in the country. The year’s longest four-month wet season is a source of trillions of litters of rainwater needed for the seedlings to grow fast and hold their grip in soil strongly,” he said.

Reiterating the government’s commitment towards addressing the climate change, he said that “over the past two years of the present government, 300m trees have been planted across the country, while new nurseries are working at a higher pace to hike this number to one billion by June next year.”

The drive is in line with the Prime Minister Imran Khan’s 10 billion tree tsunami drive.

Explaining the plan to plant the saplings, the adviser said that in the Khyber Pakhtunkhwa province, 80m seedlings will be planted whereas 60m would be planted in the Sindh province, Punjab 37m , Azad Jammu and Kashmir 14m, Gilgit-Baltistan 2.050m whereas some 0.602m will be be planted in the Balochistan province.

Moreover, other civil and local non-government organisations such as the International Union of Conservation for Nature, Pakistan and the World Wide Fund for Nature will also participate in the drive.