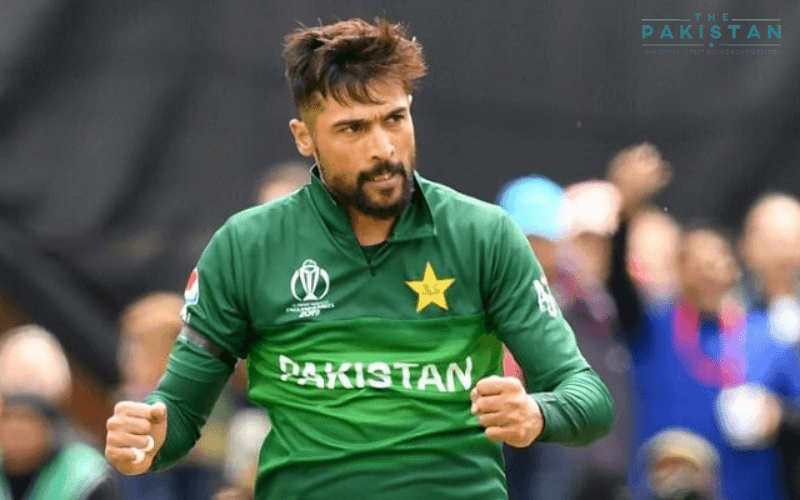 Fast bowler Muhammad Amir had earlier, before the squad for England tour was finalised, had excused himself from participating in the series as he was expecting a baby sometime during the scheduled tour.

On July 18, Amir was blessed with a baby girl earlier than expected, whom the family named Zoya Amir. Announcing her arrival in the world, Amir on Twitter said “Alhumdulillah finally ALLAH ki rehmat Zoya Amir.”

Two days after her birth, Amir said that he was free to join the Pakistan squad in England.

The bowler was tested for Covid-19 on Monday and will be retested again before getting the go ahead to depart for England. Amir’s timing couldn’t be more opportune as the squad was already missing a player after Haris Rauf was tested positive for Covid-19 five out six times that he was tested by the board.

Rauf was due to fly to England on Wednesday once he tested negative, however, with Amir ready to join the squad, Pakistan team coach Misbah ul Haq had called him to fill in for Rauf.

Meanwhile, Shoaib Malik, who was to arrive in England and join the squad this week, will now leave for England in August. The batsman had requested permission from the board to stay with his family for some weeks in Dubai before joining the side in England.

However, with India banning all international flights, Malik’s wife Sania Mirza found herself stuck in the country unable to join him in Dubai. The ban on flights will remain in place till July 31 after which Mirza is expected to leave for Dubai to be with her family.

Pakistani players are currently practicing in England under a bio-secure environment and are not allowed to interact with anyone from outside their group to avoid contracting the virus.

All three tests and three T20s will be played behind closed doors without spectators.