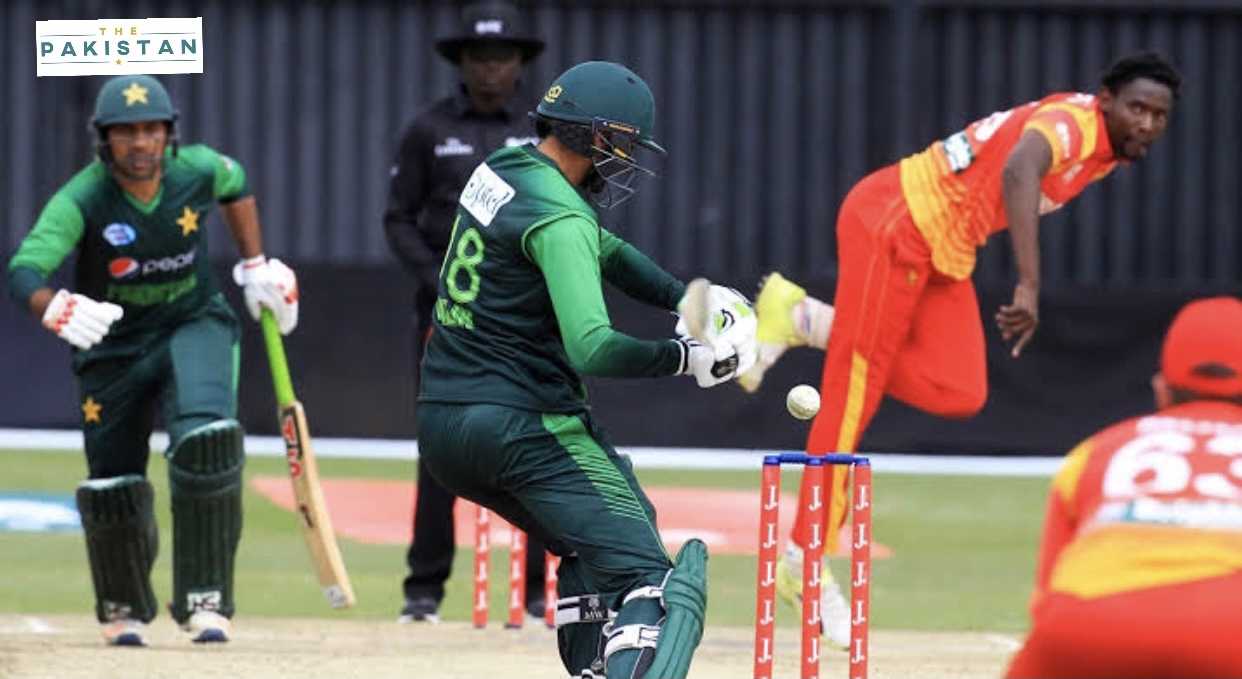 Pakistan set a total 281 for Zimbabwe

Pakistan scored 281 runs for the loss of eight wickets as Imad Wasim’s late heroics of 34 runs off of 26 balls helped his side end the inning with a run rate of 5.6 per over.

Captain Babar Azam won the toss and chose to bat first sending Imam ul Haq and Abid Ali to open the match. Ali after scoring 21 runs from 30 balls was first to fall when Pakistan’s score was at 47 for one out. Abid was caught at leg before wicket by Carl Mumba in the 11th over.

Azam then came to bat but couldn’t manage to get a grip as he was sent back to the pavilion in the 17th over as he was caught by Brendan Taylor on a bowling throw by Blessing Muzarabani. Azam managed to score 19 off 18 balls hitting three fours.

On the other hand, Imam continued to steer the side as he managed to score 58 runs from 75 balls hitting six fours during his innings. He was run out in the 26th over when Pakistan was at 211 for a loss of three wickets.

Haris Sohail was the star of the match as he managed to score 71 runs from 82 balls as he hit six fours and two sixes. Sohail was key to increasing the side’s total tally as after Imam’s loss, the batting side was looking to collapse any time.

Zimbabwe’s Sikander Raza took Sohail’s wicket. Bowling a flatter bowl outside off, Sohail was unable to adjust in time and hit the ball where he intended. Just as he was looking to cut the spinner, he managed to get an edge on the ball and was caught by wicketkeeper Brendan Taylor.