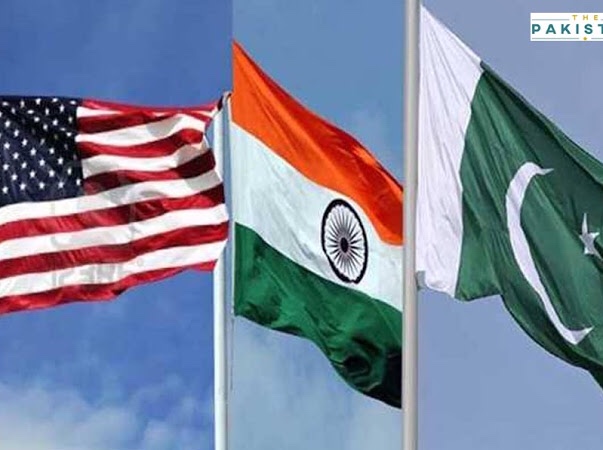 Pakistan has shared its displeasure with the US and India over the mention of the country in a statement on the occasion of the third US-India Counter Terrorism Joint Working Group and Designations Dialogue.

The Foriegn Office of Pakistan said that it strongly rejects the unwarranted references to Pakistan in the Joint Statement of US–India Counter-Terrorism Joint Working Group and Designations Dialogue.

“Our serious concerns and rejection of the unacceptable reference to Pakistan in the afore-mentioned Joint Statement have been conveyed to the U.S. side,” a press release issued by the Ministry of Foreign Affairs said.

It is important that partner countries take an objective view of the issues of peace and security in South Asia and refrain from endorsing positions that are one-sided and divorced from ground realities, it added further.

Pakistan has criticised to the following excerpt of the statement: The two sides [India and US] underlined the urgent need for Pakistan to take immediate, sustained, and irreversible action to ensure that no territory under its control is used for terrorist attacks, and to expeditiously bring to justice the perpetrators of such attacks, including 26/11 Mumbai and Pathankot. The U.S. reiterated its support for the people and government of India in the fight against terrorism.

Menawhile, the foreign office said the international community is well-aware that Pakistan is a country most affected by cross-border terrorism, sponsored and supported by India.

The international community also recognizes Pakistan’s efforts, sacrifices and successes in the fight against terrorism.

Pakistan has repeatedly underlined that peace and stability in South Asia is threatened by the irresponsible policies and actions of the RSS-BJP regime in India – including towards its minorities, its state-terrorism in IIOJK, and its belligerence against Pakistan and other countries in the region. The international community must urge India to reverse course and desist from playing a role detrimental to regional peace and stability.