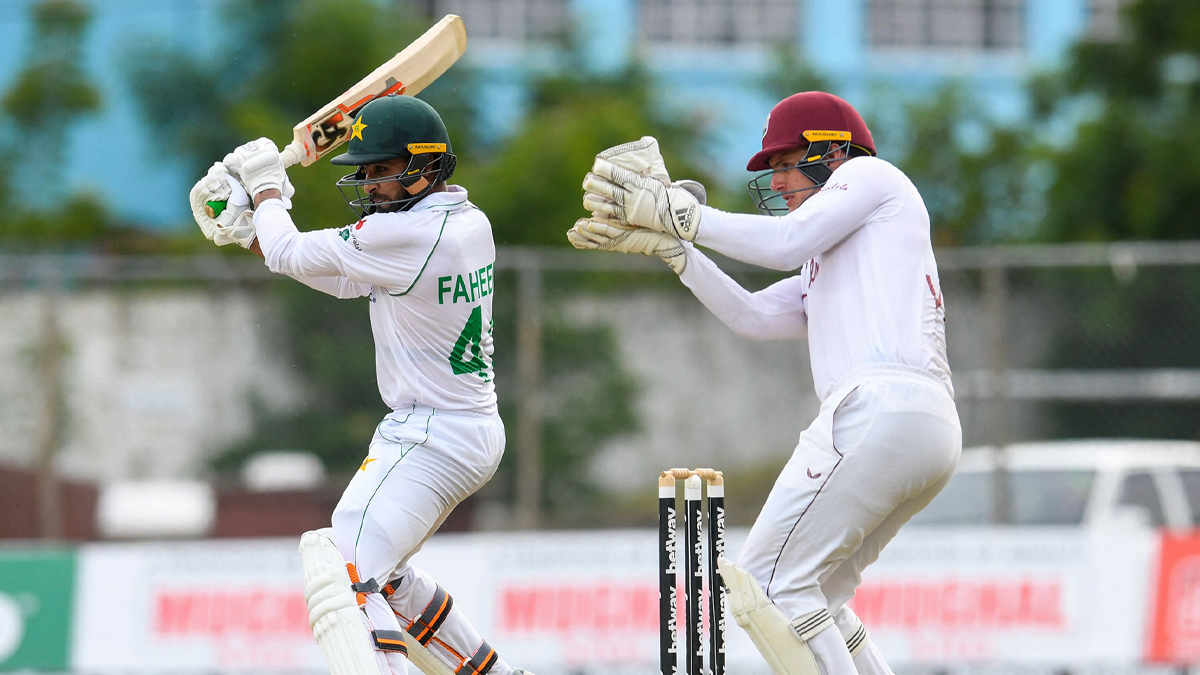 Pakistan is set to enter the fourth day of the second Test versus West Indies with high hopes, as the hosts have been on edge after a special bowling session by Faheem Ashraf and Shaheen Shah Afridi.

Shaheen and Faheem displayed a hi-octane bowling performance after Shaheen struck down both the openers of the hosts. Faheem tallied another wicket to limit the host side to 39 for the loss of three wickets at the dusk of the third day.

On the other hand, Pakistan’s batting maestro Fawad Alam brought up another century and finished with an unbeaten 124. This helped Pakistan’s total of 302 for the loss of nine wickets.

The rain washed out on day 2 of the second Test, which could prove problematic for Pakistan to level the series.

Day three also brought some problems as the impacts of the rain were still pertaining, and the pitch from the bowler’s end was damp, which was concerning for the hosts while bowling.

Pakistan, after the match was resumed, continued from 212 for the loss of four wickets. The visitors were dependent on Fawad Alam to take the score past the 300 marks.

Fawad returned to play after he retired hurt at 76. He scored his fourth test ton in 12 innings, helping the team to keep the hopes up.

He scored an unbeaten 124 facing 213 balls, which comprised six hours and 17 fours.

Alam revealed that his mother had predicted he would score a ton against the West Indies by talking to journalists.

“I dedicate today’s century to my parents,” said the excited left-handed batsman.

“I spoke to my mother on the phone before the match. She said would score a century,” he added.

Conversing about the challenges of batting in the Test match, Alam said that neither the pitch was favourable nor the weather.