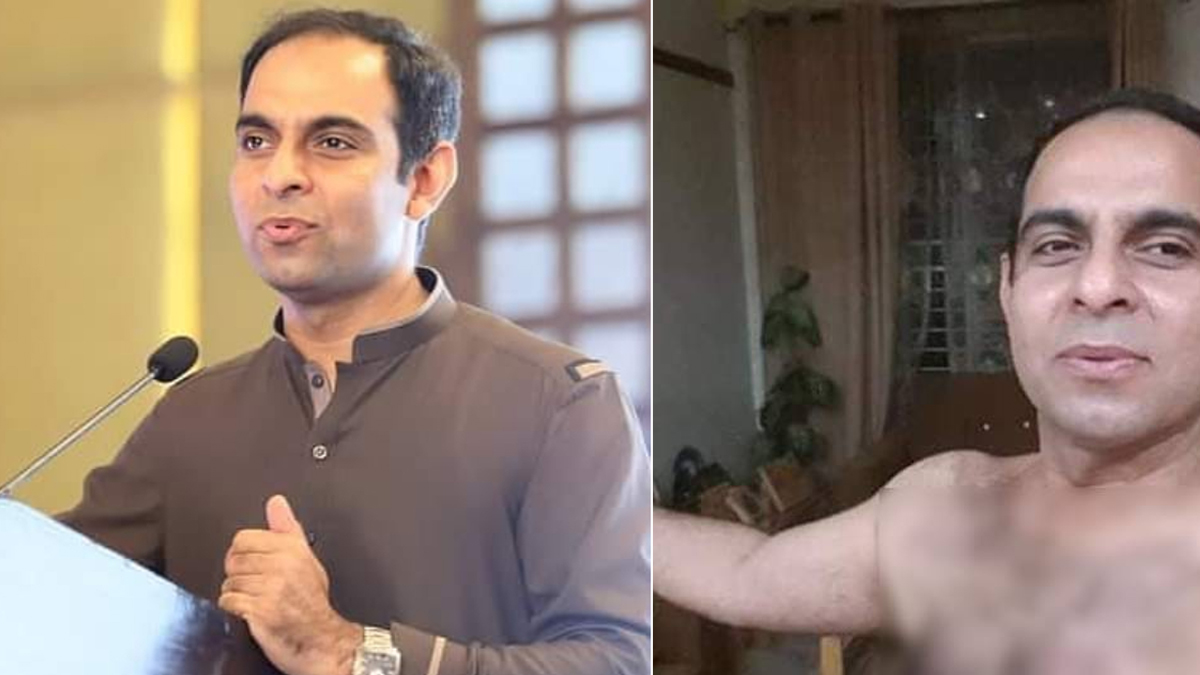 Many users, after several topless pictures of Shah started doing rounds on the internet, hinted at more indecent videos and pictures in the coming days.

Following the public outcry, Qasim Ali Shah came in front to clear the air about the semi-nude pictures that surfaced earlier on Saturday.

The Lahore-based educationist, speaking in a recorded video message, said the viral leaked pictures are from his personal data.

He said the shirtless pictures were posted on the internet after his data was taken from his mobile phone that went for repair.

“The selfies, in which I can be seen standing shirtless, are my personal pictures taken at my residence, and they are around three to four years old,” said Shah.

Addressing the controversy, with a broad smile on his face, he said, “It is being speculated that more indecent pictures and videos are to be leaked on the internet; however, I want to clarify that the pictures and videos that everyone is waiting for are never coming”.

Speaking of the skimpy clothes at the residence, he said that he wears a Dhoti [a loose piece of clothing wrapped around the lower half of the body] and a vest while staying in his zone.

Furthermore, the motivational speaker revealed that he and his family got amused after reading hilarious comments about the upcoming pictures. He added that he has already approached the cybercrime wing of the Federal Investigation Agency and registered a complaint about further action.

“I was told by my friends not to give much attention to these leaks, but since my followers will get influenced negatively, I want to face it all bravely,” he added.

“As you all can see, there is nothing indecent in all of this,” Shah said.