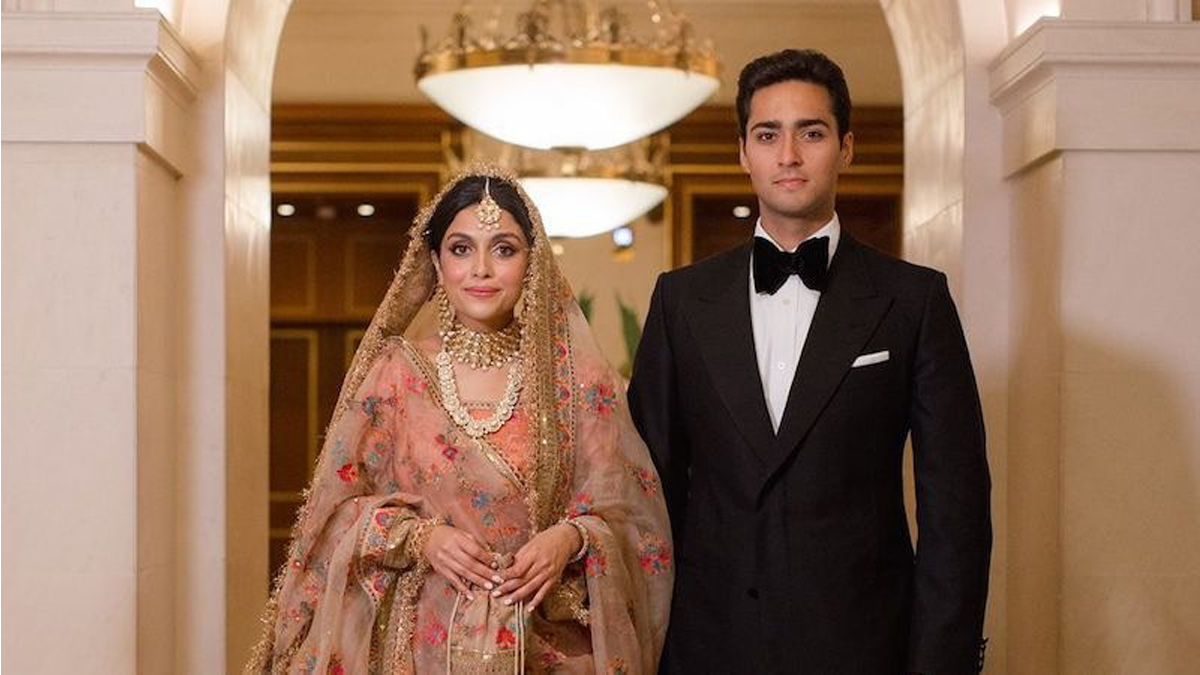 PML-N Vice President Maryam Nawaz and Captain (retd) Muhammad Safdar’s son Junaid Safdar tied the knot to Ayesha Saif Khan in London on Sunday, and social media was set abuzz by fans and followers who had been eagerly awaiting pictures from the event.

Photos and videos from Junaid’s nikkah ceremony have been trending on Twitter since last night. Maryam Nawaz and MPA Hina Pervaiz Butt were among the first ones to share glimpses from the ceremony.

The photos show Junaid signing his Nikahnama and posing for the camera with his grandfather Nawaz Sharif – the former prime minister.

Mian Nawaz Sharif and former finance minister Ishaq Dar were present at the wedding and sat right beside Junaid as he signed the nikah papers. Safdar and Maryam, both of whom are in Lahore, were on a video call with their son throughout the wedding.

“May Allah bless you both with everlasting happiness and prosperity,” wrote Maryam on Twitter, one of the pictures from the event.

The wedding happened at The Lanesborough, a rich 5-star hotel on the Hyde Park Corner in Knightsbridge.

Captain Safdar and Maryam did not attend the wedding. Earlier this month, while uploading the invitation card to the event on Twitter, Maryam had announced she would not be able to take part in the ceremony “owing to bogus cases, blatant victimisation, and my name on ECL”.

She said she would not ask the government to allow her to travel to London for the ceremony.

Junaid donned a black two-piece suit with a bow tie and Ayesha, his bride, wore a traditional ensemble by Indian designer Sabyasachi. The designer has dressed top Bollywood actors such as Anushka Sharma, Vidya Balan, Deepika Padukone, and many others at their weddings.

We don’t know where Junaid’s tuxedo was from, but the Twitter fraternity loved the look of his wife.