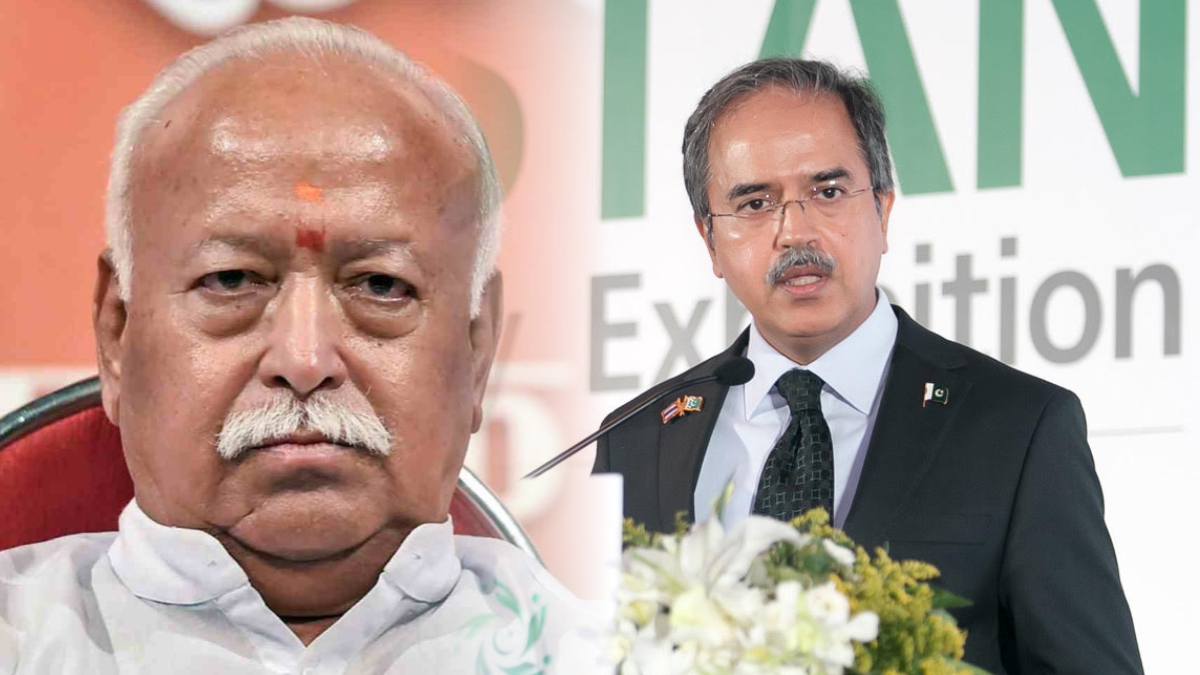 The Foreign Office said that Pakistan “completely rejects the highly irresponsible and provocative remarks of the RSS Chief”.

Foreign Office Spokesperson Asim Iftikhar said that this was not the first time the RSS chief publicly indulged in such “historical revisionism and delusional thinking”.

According to him, this “dangerous mindset” was aimed to “marginalise and dispossess the minorities residing within India” while posing an existential threat to its neighbours.

“The world is witness to the usurpation of the minorities’ rights, especially Muslims in India, and the repression of Kashmiris in the illegally occupied Jammu and Kashmir,” said the FO spokesperson.

“Partition has happened, and it won’t happen again. Those who have such an approach will face partition themselves,” Iftikhar said.

The RSS, earlier this week, had issued a statement quoting Bhagwat in which he claimed that the India of 2021 was different from the one in 1947.

Bhagwat said that if India wished to contribute to the world, it needed to become “capable” of it, adding, “the sole solution to the pain of Partition is to undo it.”

The FO spokesperson said that Pakistan has “highlighted the threat” posed to the peace and stability of the region by the “toxic mixture of the extremist Hindutva ideology with the expansionist foreign policy” being pursued by the ruling BJP-RSS dispensation in India.

“Staying committed to peace, the masses and armed forces of Pakistan are capable of defending the territorial integrity and sovereignty of the country,” he said.

“Those linked to the BJP and its ideological fountainhead RSS are advised to refrain from such provocative and irresponsible statements,” Iftikhar said, adding that the RSS should “learn to accept established realities”.