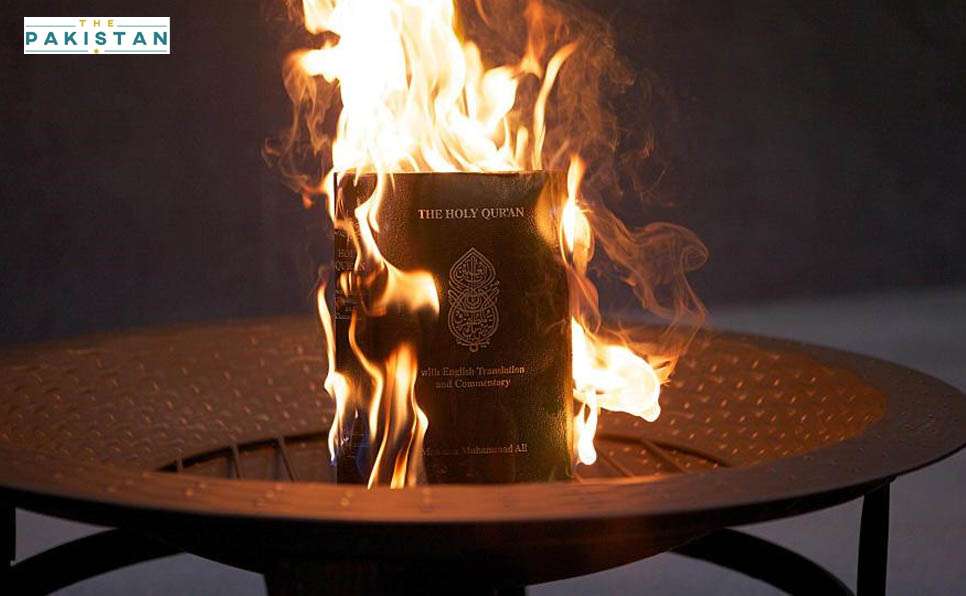 Pakistan on Monday lodged a strong protest with Sweden and Norway over the racism and spreading of islamophobia in the two Scandanavian countries under the garb of freedom of expression.

“#Pakistan strongly condemns the recent incidents of desecration of Holy Quran in Malmo #Sweden & Oslo #Norway. The rise of such Islamophobic occurrences goes against the spirit of any religion. Freedom of speech can’t justify religious hatred,” the Foreign Office Spokesperson Zahid Hafeez Chaudhari tweeted on Monday.

“Ensuring respect for religious beliefs of others is a collective responsibility and is absolutely critical for global peace and prosperity,” he added while tagging the United Nations and Organistaion of Islamic Cooperation in the tweet.

The protests began after some radical right-wingers desecrated the copies of quran: burning, spitting and kicking them in public. The recordings were then spread on social media to hurt muslim sentiments who considered the holy book as the highest authority in religion.

Meanwhile, a member of the group ‘Stop Islamisation of Norway’ or SION was seen tearing the pages of the Quran and spitting on them live on television. The islamophobia warranted a strong reaction from the muslim community in the country which then announced protests to condemn the move.

The spread of videos led to protests as muslims poured in numbers to condemn the action. However, the riots then turned ugly as shops were burnt, property damaged and violent clashes with the police.

To quell the protests, the police were deployed but protestors were seen throwing stones, attacking police vans and setting cars on fire. Although, it is impossible to know whether muslims were behind the violence or some right-wingers had caused the damage to property. The police are currently investigating the matter.

Meanwhile, the government of both countries have also come forward to arrest the protestors and hate-spreaders alike.