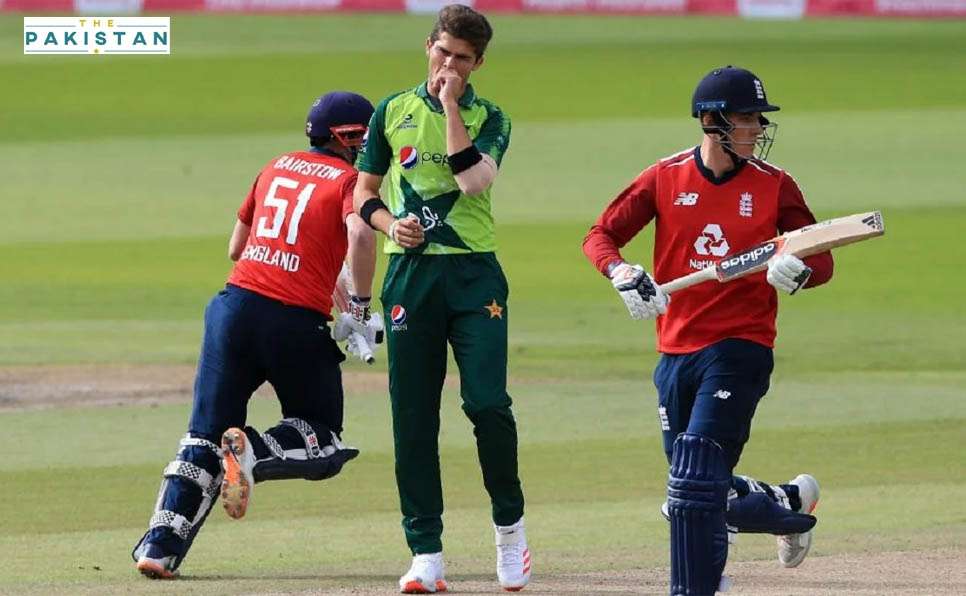 After the first match of the series was washed away by rains, Pakistan lost the second T20 match to England despite posting a huge total of 196 runs.

Captain’s innings from Eoin Morgan helped England to a five-wicket win against Pakistan  at Old Trafford in the second T20I on Sunday.

Chasing 196 to win, Morgan hit 66 from 33 balls, including six fours and four sixes.

Jonny Bairstow (44 off 24 balls) and Tom Banton (20 off 16 balls) got their side off to a brisk start with an opening stand of 66 in 38 deliveries, but they fell on consecutive balls to leg-spinner Shadab Khan in the seventh over.

Morgan and Dawid Malan (54 not out off 36 balls) led the counter-attack and struck a 112-run partnership for the third-wicket before Morgan got out with the home side needing 18 runs to win. Malan kept his cool and took the side to the win with five balls to spare.

Earlier, after being put to bat, Pakistan posted 195 for four in 20 overs. The opening pair contributed 72 for the first wicket with Babar Azam smashing 56 from 44 balls, while Fakhar Zaman hitting 36 from 22 balls.

After the departure of Fakhar in the ninth over, Mohammad Hafeez with Babar carried on the momentum.

Hafeez chipped in with a 36-ball 69, laced with five fours and four sixes.

The pick of the England bowlers was leg-spinner Adil Rashid, who returned two for 32.

England now have an unassailable lead of 1-0 in the three match series.

The last match will be played on Tuesday at the same venue. The opening fixture ended in no result due to rain.

Top contributors to Pakistan’s 195-4, were Mohammad Hafeez, who played an inning of 69 runs, Babar Azam 56, Fakhar Zaman 36 where English bowler Adil Rashid took two Pakistani wickets and was the top wicket taker for the side.