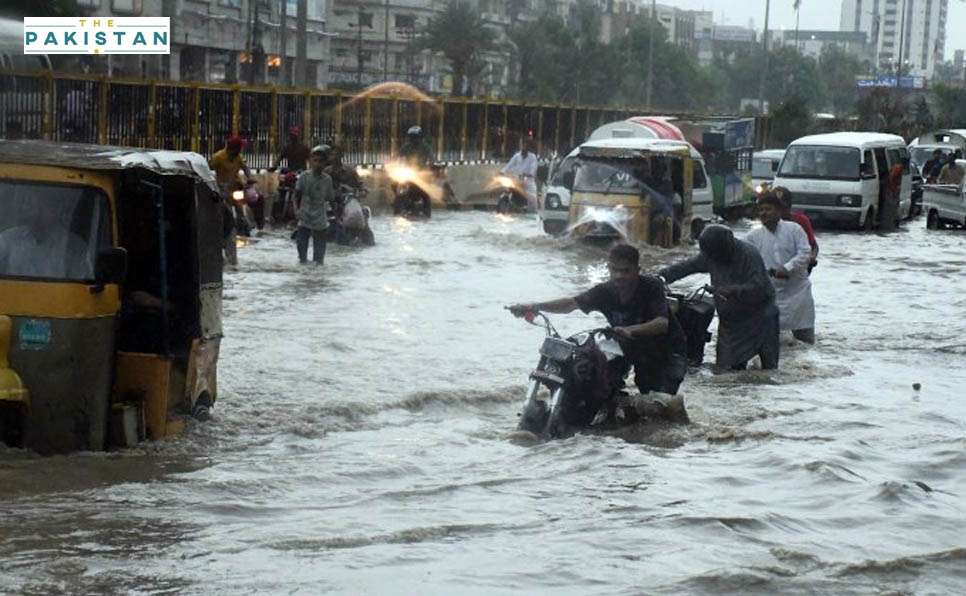 Despite the four days since the apocalyptic rain unleashed havoc on Karachi, some parts of the country’s largest and most-populous city were submerged in water and without light.

Residents were still complaining of the lack of rescue services from the authorities as more and more people shared videos and images of their homes, apartments and vehicles parked knee-deep in water.

The city’s telecommunications network was not working as well due to the Muharram proceedings delaying the rescue efforts and causing serious lack of coordination among authorities. Meanwhile, the lack of safe roads to drive upon and damage to refinery operations created a fuel shortage across the city.

The discussion around lack of services in the largest city has brought the local authorities including the KMC, DMCs, DHA, CBC, Sindh government and federal government into the limelight over their lack of attention in dealing with the city’s matters.

Earlier in the day, protests were planned across the city to call out the authorities over the lack of rescue services.

Around 300-400 protestors raised anti-CBC and DHA slogans complaining over the lack of services.

Meanwhile, the DHA in a statement said “Much before the onset of ongoing monsoon season complete desilting and cleaning of drain was carried out. Perhaps nature had greater challenge for us, as against our sustenance capacity of 207 mm rain in 24 hrs the current spell was 235 mm in 12 hrs (more than double).”

It further added that “having said this we do not consider ourselves absolved from our obligation towards mitigating the woes of our Residents. We have also approached and taken on board the real stake holders; the  DHA  dwellers, through all the Resident Associations of DHA.”

The complete DHA and CBC with all its available resources as well as with support of Provincial and Federal departments are working round the clock to bring life back to normal, it added further.