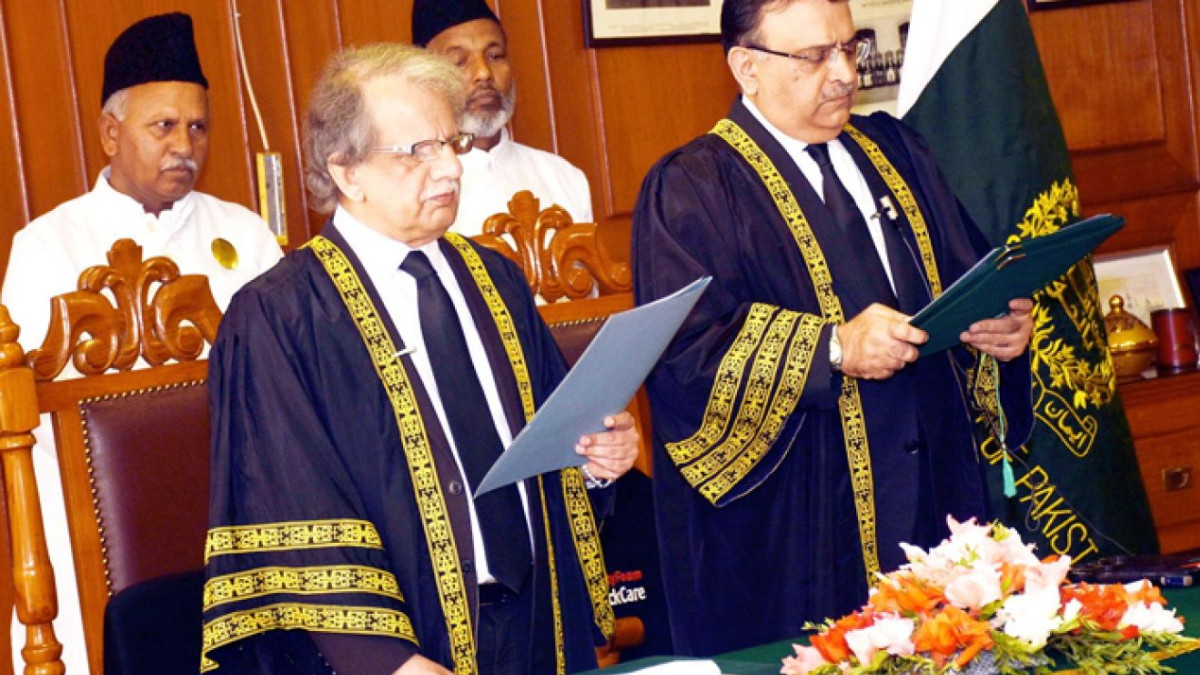 A commission was announced on Tuesday to investigate the Broadsheet scandal along with scandals involving Pakistani politicians and businessmen. The formation of the commission got the nod of Pakistani Federal cabinet, which decided to form a one-man commission headed by Justice (Retd) Azmat Saeed Sheikh.

The probe into the scandals surrounding the Pakistani political sphere will also include the mysterious disappearance of ‘Swiss Boxes’ which reportedly hid the evidence against the top leaders of PPP. The cabinet that decided on the move on Tuesday said it was headed by  Prime Minister Imran Khan.

The commission came into existence due to huge protests and demands from the public as well as other political parties. The official announcement came with the consideration of Pakistan Commissions of Inquiry act, 2017. As per reports, an order has been drafted for the committee to complete its investigation in 45 days from the date of its announcement.

One can go to the SKMT website and see the last name of Justice(Rtd)Azmat Saeed in the list of board of governors.Why a retired Supreme Court judge is unable to understand the “conflict of interest”?Why he agreed to become head of a committee to investigate Broadsheet Scandal? pic.twitter.com/xG5NGjyjQt

Media was briefed about the development by the Minister for Information Shibli Faraz. On Tuesday, the leader said, “The cabinet has turned the proposed inquiry committee into an inquiry commission, empowered under the 2017 act and tasked to expose those who had played a key role in destroying the country’s economy.”

The opposition parties in Pakistan have expressed their disappointment over the selection of Justice Sheikh as the head of the commission. However, scrapping all those demands, the ruling government went ahead with the decision on January 22 to appoint Retd Justice as the head of the enquiring committee.

The opposition, majorly the PML-N and the PPP, rejected the decision due to Sheikh’s past affiliation with NAB as they felt it created a ‘conflict of interest’ and the situation also involves circumstances relating to the National Accountability Bureau’s deal with British assets recovery firm Broadsheet LLC.

There were some rumors about the Justice denying to head the enquiry committee, however, Faraz has rejected all those claims saying that he has not shown any kind of reservation on the matter. He also added that he trusts Sheikh for this responsibility the most.

He also appreciated the Justice for being one of the most honest men known to him. “The Broadsheet case has exposed how NRO culture retarded the country’s progress as the past regimes preferred political expediency over morality and gave safe passage to the corrupt people,” he added.   The enquiry committee will be set to investigate controversial cases like Senate polls, Sukuk bonds, International arbitration, Swiss boxes scandal, all of which involves top political officials of Pakistan.