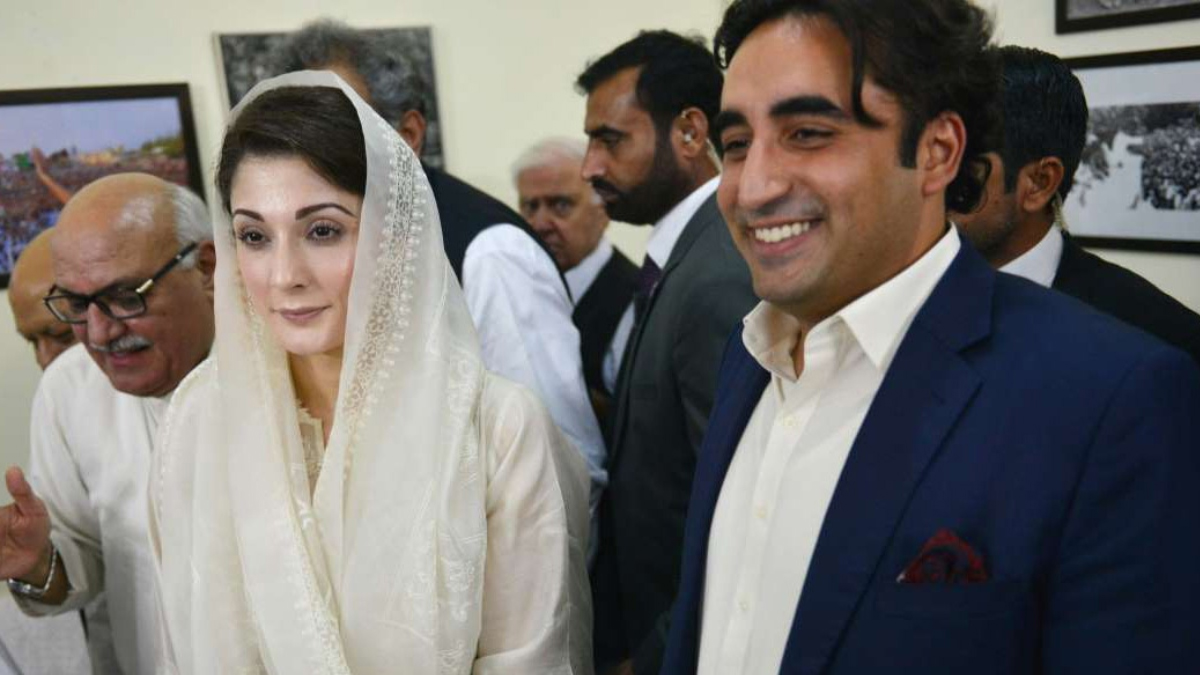 Pakistan Democratic Movement (PDM) an opposition alliance of 11 political parties formed in September 2020 to oust Prime Minister Imran Khan from the office, held a meeting on Monday discussing ways to push the government out. During the party meeting held in Parliament House, Maryam Nawaz Sharif warned that there would be “long march; resignations will also come, and the government will have to go.”

The opposition leaders refused to cooperate with the government or continue any further talks as they have been pressing the demand for change of regime. Maryam, who chaired the Monday meeting, attended by several senior leaders including Raja Zafarul Haq, Shahid Khaqan Abbasi, and Ahsan Iqbal, put forward the unanimous demand for general elections in 2021. She added that PDM forum would also discuss Bilawal Bhutto Zardari’s proposal to table no-confidence motion in National Assembly.

Pervez Ashraf also mentioned about the letter written to Speaker condemning the suppression of the opposition to keep it from raising the matter of public interest in the House. He pointed out, “When the opposition leader wanted to speak in the House, he was denied permission. When Chairman PPP Bilawal Bhutto Zardari wanted to speak, he was given the floor but on somebody’s instructions his mike was switched off. Does the House run like this?”

He said that talks with the government were turned down due to its repressive attitude. He also attacked Imran Khan’s government for failing in producing effective economic policies and dragging the nations towards the lowest rungs of growth. PPP leader also called against the ruling party’s flawed and corrupt mode of working which stayed indecisive about the Punjab Board curriculum, but kept on adding tariffs over petrol and power prices.

“Our foreign policy indicates that the government has completely failed to deliver whether it is the seizure of Pakistani plane in Malaysia, or Reko Diq issue. Pakistan has been made to pay penalties and our sovereignty is under attack,” he continued.

Pervez Ashraf said that PDM was prepared to employ all the constitutional means to oust the government. “There is complete harmony in the PDM ranks and all democratic option could be utilised to send this government packing home,” he said. Final decision regarding the opposition parties’ next move would be taken in the next meeting, scheduled for February 4 in which the members would discuss all the possible options. Though PPP leader said that he would focus on convincing the PML-N and Maryam Nawaz Sharif to use the option of no-confidence motion against Imran Khan and Asad Qaiser.