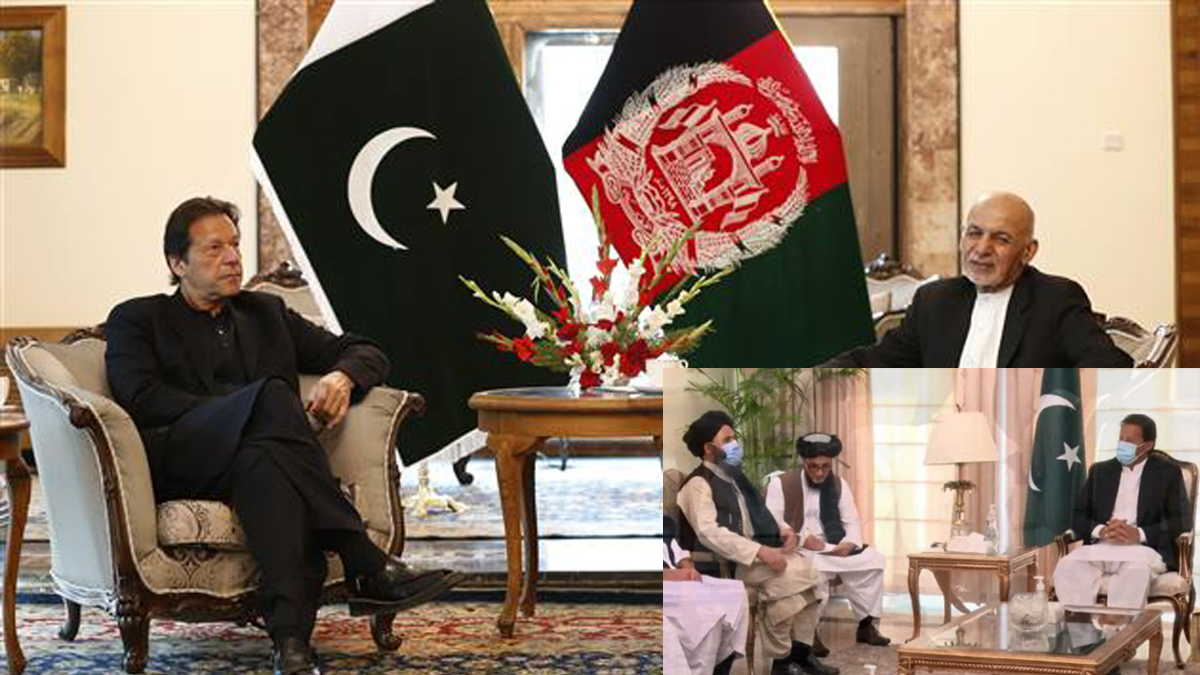 Prime Minister Imran Khan said, on Wednesday, that the Afghan Taliban had said they would not sit on the discussion table with the Afghan government until Ashraf Ghani remains the president.

The premier was talking to foreign journalists, recalling his meeting with a Taliban delegation that came to Pakistan about four months ago.

Khan said he had tried to persuade the Taliban for peace. He acknowledged that a political settlement was “very difficult” under the current circumstances.

“Their condition is that as long as Ashraf Ghani is there, Taliban are not going to talk to the Afghan government,” Khan said. He added that this is what the Taliban delegation told him.

PM Khan said he felt that the Afghan government was now making sure that the US government intervenes on its behalf.

“They were here for 20 years; what will they do now that they could not do in the last 20 years?” he asked.

Khan said Pakistan had “openly clarified” that it does not want any American military bases on its soil post the US forces’ exit of Afghanistan.

On Pakistan-US relations, the prime minister said that the US had chosen India as its strategic partner in the region; hence it is treating Pakistan differently.

“Washington thinks Pakistan should clean up its mess in Afghanistan,” he said.

When asked whether or not he was waiting for President Joe Biden’s call, Khan said Biden would speak to him whenever he is scheduled to do so.

“When he has to call, he will. It’s not like I am waiting for somebody’s call,” said the Premier.

Washington has long been pressing Pakistan to make use of its influence over the Taliban to broker a peace deal as discussions between the fighters and the Afghan government have been hindered, and violence in Afghanistan has escalated sharply.