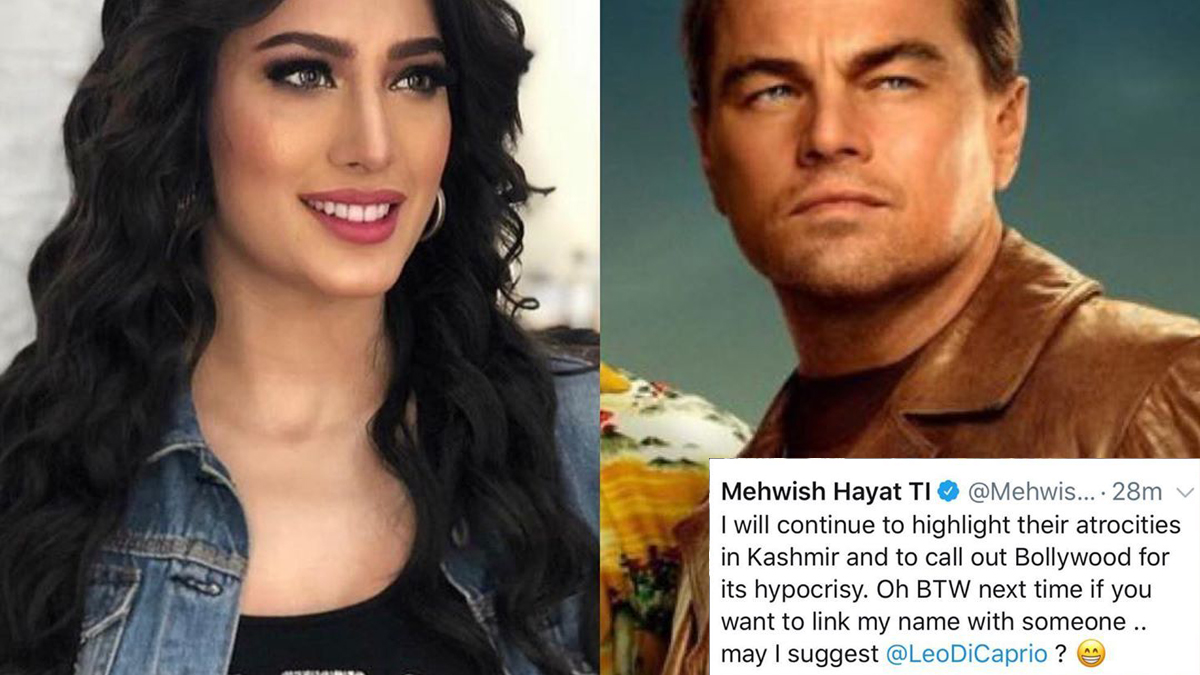 The stunning actress said, in an interview, that DiCaprio is her biggest crush.

The Tamgha-e-Imtiaz recipient is one of the most bankable female superstars of Pakistan.

The beautiful and bold diva is a super-talented actress. She is equally praised for her vocal talent as well.

The Dillagi star, blessed with a gorgeous face, has a massive fan following which is very curious about her personal life, in particular, her love file.

In a recent interview, she opened up about her preferences in men and spoke about the reasons for her singlehood whilst proposing to actor Leonardo DiCaprio.

Mehwish, while talking about her future partner, explained that since she has a realistic persona, her better half should be exceedingly romantic to balance her out.

Revealing her celebrity crush, the 33-year-old star announced that she had liked the Hollywood heartthrob for a long time.

“If Leonardo DiCaprio is seeing this right now then, he can come with a baraat to take me along,” she concluded.

DiCaprio is a 46-year-old American actor, producer, and environmentalist who enjoys a massive fan following all across the globe.