Pak vs NZ: Hosts In Control Despite Faheem, Rizwan’s Partnership 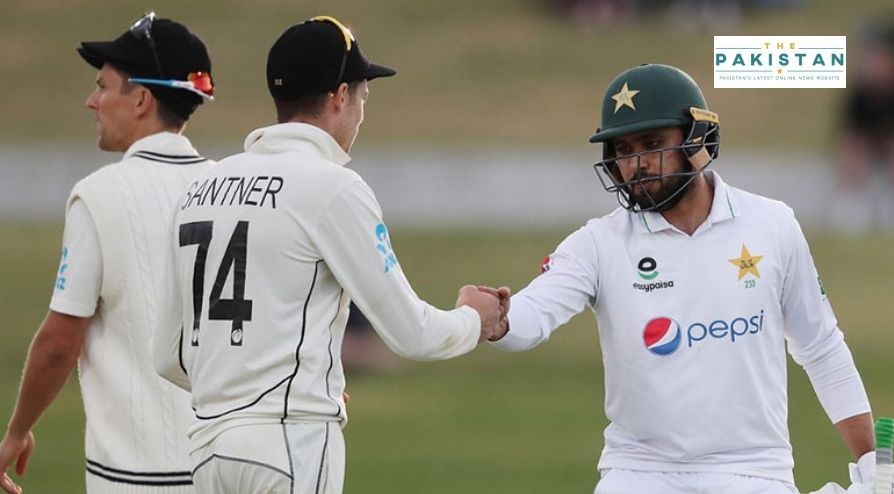 Pak vs NZ Hosts In Control Despite Faheem, Rizwan’s Partnership

New Zealand looked to be in control of their innings as the side managed to limit the Pakistan batting was all-out on 239 runs despite heroics batting from Faheem Ashraf and Muhammad Rizwan.

Pakistan was chasing 431 runs after New Zealand managed a hefty run target against the Pakistani side.

The opening order crumbled early on as Azhar Ali only managed to make five runs with Haris Sohail scoring just three. Fawad Alam was at nine runs when he was dismissed by New Zealand.

However, Faheem Ashraf and Muhammad Rizwan stabilised the innings with Ashraf missing out a century by just nine runs as he was sent back to the pavilion for 91.

Pakistan came back to crease in the morning with Abid Ali and nightwatchman Mohammad Abbas posting 39 runs. However, Jamison struck quickly dismissing Abid Ali for 25 off 104 balls.

Pakistan’s batting order has crumbled in their tour to New Zealand where the hosts have bamboozled the batsmen. Leading up to the matches, the Pakistani side’s morale took a hit after they were quarantined for weeks not allowing them the time needed to get practice and prepare for the pitches.

Later on, Pakistan’s star batsman and captain Babar Azam also broke his thumb and was ruled out of the side for the T20 series and the incumbent test match as well.

Babar is one of the best batsman in the world and has been steering Pakistan for a long time now. His absence was visibly missed by the Pakistani as the opening order was unable to manage any runs on NZ pitches.

On the other hand, Mohammad Rizwan has shone throughout the tour and has been the only saving grace for the Pakistani batting order.