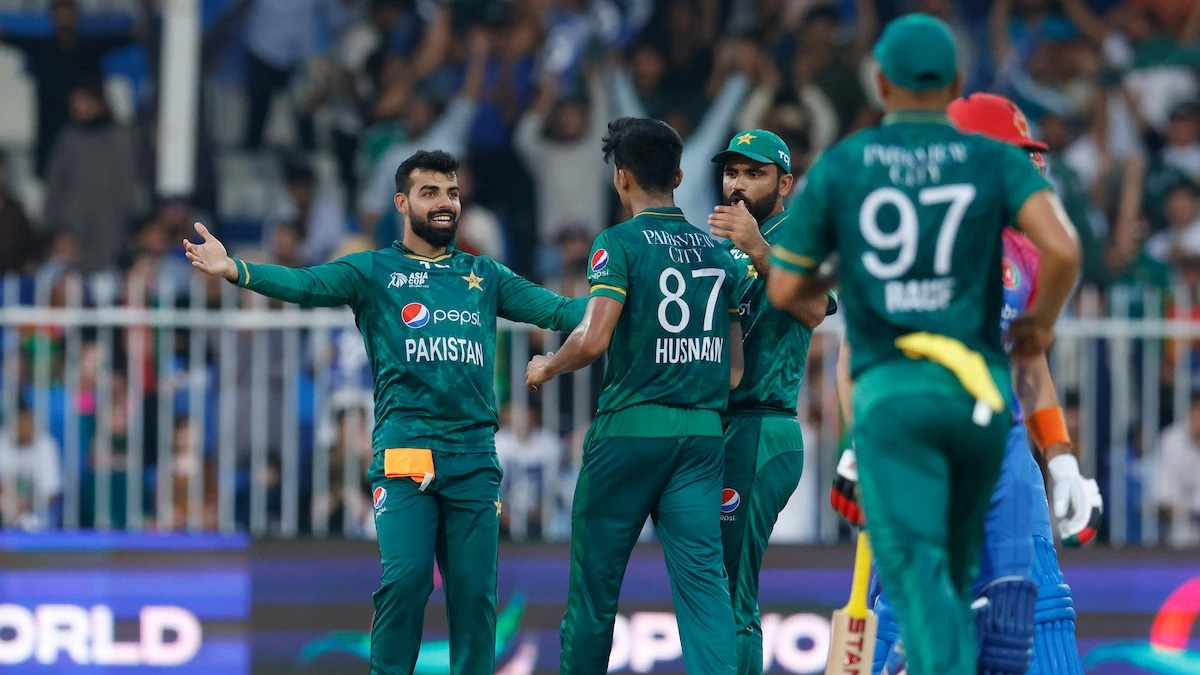 In their Super Four encounter of the Asia Cup 2022 on Wednesday in Sharjah, Pakistan defeated Afghanistan by one wicket thanks to clutch sixes from teenage Naseem Shah on back-to-back balls in the final over.

Due to an incredible batting collapse, Pakistan needed 11 runs going into the final over and only had one wicket in hand.

However, the match was turned around by Naseem, a 19-year-old speedster who entered the batting order at number 10 when all appeared lost.

Naseem took full advantage of the fact that Fazalhaq Farooqi was looking for yorkers but was only successful in finding full tosses and blasted both over the boundary line for maximums, setting off a series of exuberant celebrations fit for the tournament’s grand prize.

A batting collapse caused Pakistan to surge from 87-3 to 118-9 while only losing six wickets for 31 runs, necessitating the youngster’s heroics. Their skipper Babar Azam, who failed to score for the fourth straight match in the Asia Cup, was one of their numerous unsuccessful batters.

Pakistan’s leading scorer, Shadab Khan, with 36 points off of 26 total.

After Pakistan decided to take the field first, knowing that a win would advance them to the T20 tournament’s final against Sri Lanka and eliminate India, Rauf finished with a score of 2-26.

Ibrahim Zadran (35), the only batsman for Afghanistan to put up a real fight, unable to form any meaningful partnerships.

Before smashing pace bowler Mohammad Hasnain for two consecutive sixes at the end of the second over, Rahmanullah Gurbaz began the innings cautiously.

Hazratullah Zazai stepped in and hit a couple boundaries, but he soon lost his partner when Gurbaz was bowled by Rauf after being struck on the off stump by an angled delivery.

When Hasnain bowled the left-handed opener on 21, Zazai’s innings was over.

A focused Pakistani spin attack limited the score to to seven runs per over as Ibrahim and Karim Janat tried to recover.

Mohammad Nawaz, a left-arm spinner, was intended to be launched into the stands by Janat, but he only succeeded in skying too far forward.