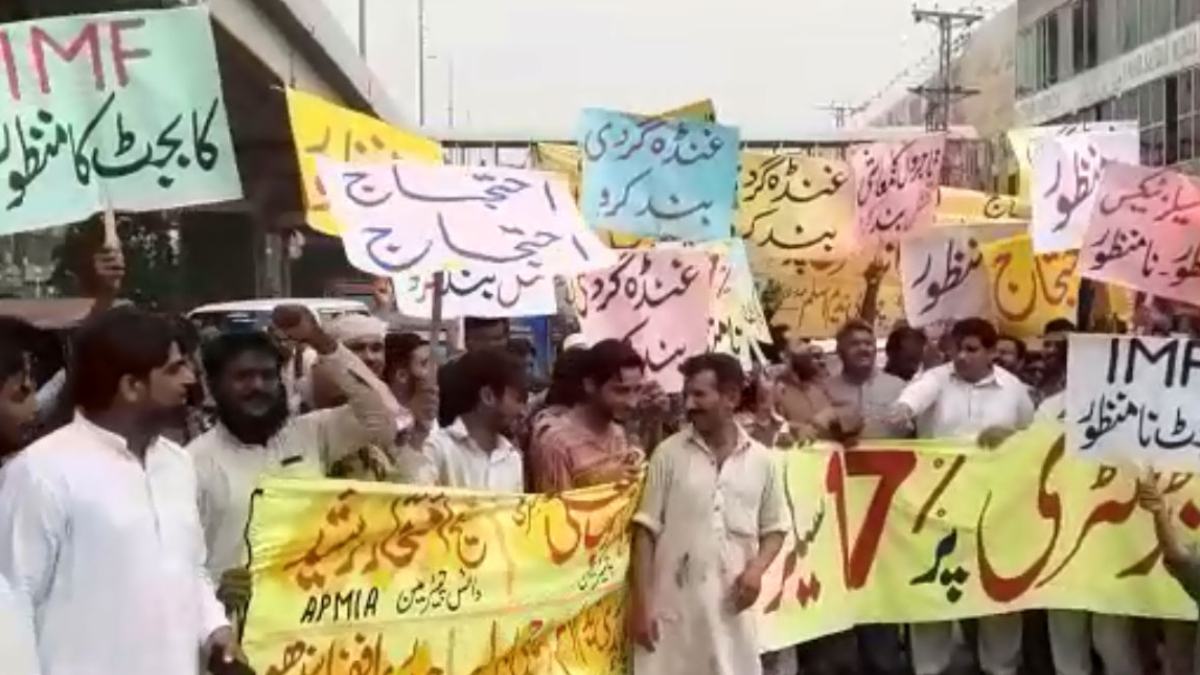 In a bid to exert pressure on the government amid spiking inflation in the country, opposition parties took to roads in various cities over and across on Friday.

According to media reports, protest rallies and demonstrations were convened in various cities, including Karachi, Jacobabad, Mohmand district, Ziarat, Larkana, Lahore, Sukkur, Mardan, Mingora and others.

It merits mentioning that the Pakistan Democratic Movement (PDM) and the Pakistan People’s Party (PPP) separately organised protests against the continuous price hike in petroleum products and edibles on Friday.

They, on separate occasions, said that Pakistan Tehreek-e-Insaf’s (PTI) federal government had moved the country on the verge of economic collapse due to its anti-people policies.

PDM head Maulana Fazlur Rehman cancelled his visit to Karachi due to the death of Haji Shamsur Rehman Shamsi –  the party’s senior leader – in Peshawar.

However, JUI-F’s central secretary-general Maulana Ghafoor Haidri took part in the procession and said the government had stolen the bread from the people due to increased prices.

“Our country is facing the worst crisis as the government badly failed to control the security and economic issues,” Haidri said, maintaining that inflation forced people to think of committing suicide.

He said the current government had promised to offer one crore jobs, but they expelled around 16,000 people from their jobs in a single flick.

The JUIF leader added that they were evicting residents and making them homeless in the name of an anti-encroachment drive. The poor could not pay house rents, utility bills or buy edibles.

Separately, CM Sindh Syed Murad Ali Shah said that the cost of essential and fundamental food items increased to the extent that people were forced onto the streets to cry against the defective economic policies of the “selected regime” inducted in Islamabad.

PPP organised a rally against the price hike at Dawood Chowrangi.