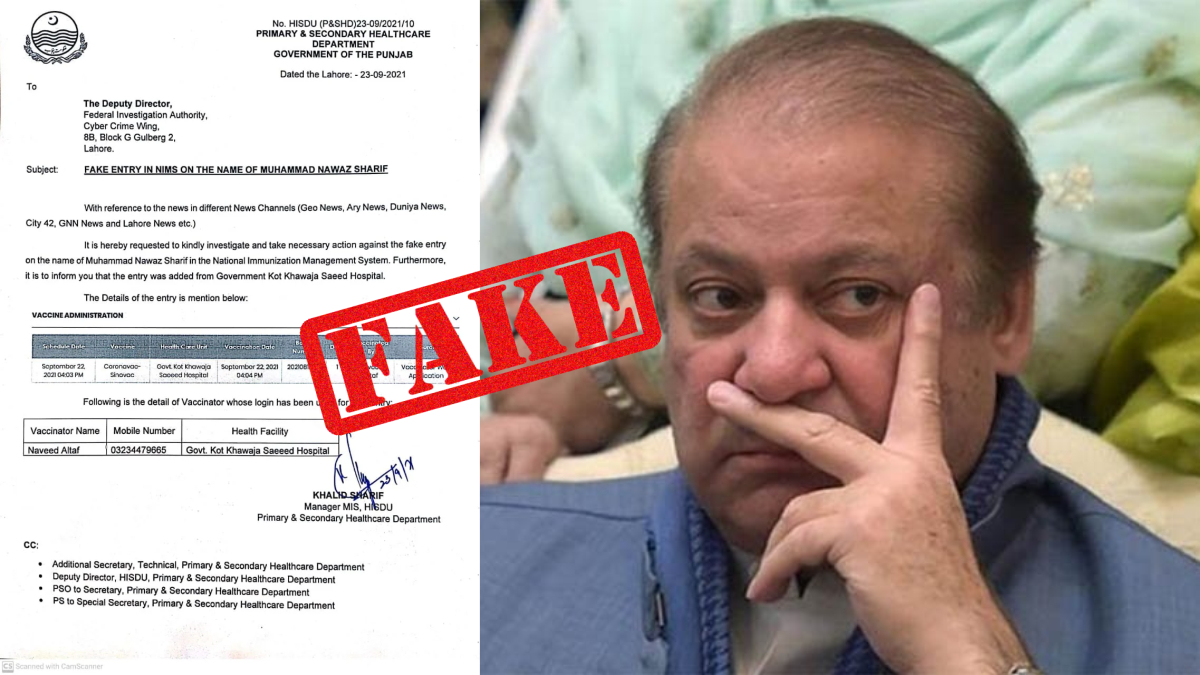 The development happened at the Government Kot Khawaja Saeed Hospital.

According to the fake entry, Nawaz Sharif, who is in London currently, got his first jab of the COVID-19 vaccine at 4:03 pm on Wednesday.

Later, the Punjab Health Department took notice of the happening and ordered an investigation into the matter of “fake entry” of Covid-19 vaccination in the government portal.

It merits a mention that Nawaz Sharif left Pakistan for the United Kingdom in November 2019 — months before the initial case of the virus was found in the country.

As per the letter sent to the Federal Investigation Agency (FIA) by Punjab’s Primary and Secondary Healthcare Department, it was requested to investigate and take necessary action against the fake entry.

As a result, the Punjab government suspended the MS of the hospital and senior medical officer of the Government Kot Khawaja Saeed Hospital.

On the other hand, Dr. Muhammad Aijaz Butt has been given an additional charge of the MS of the Kot Khawaja Saeed Hospital.

During a press conference in Islamabad yesterday, PML-N Vice President Maryam Nawaz showed her dismay at the “fake vaccination” of her father, saying that “this could draw an international impact over the kind of system that the country has for vaccine administration and registration.”