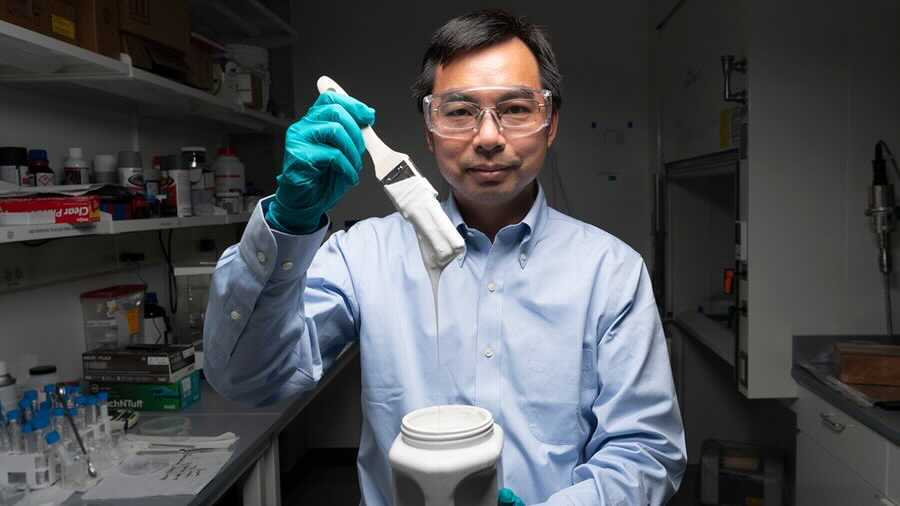 The invention of the world’s whitest paint is a milestone in the history of mankind.

The dedicated scientists from Purdue University have made the world’s whitest paint that is all set to eliminate the use of air conditioners around the globe.

The newest color is already making rounds on the internet due to its distinctive composition. Recently, it has been titled as the whitest shade in the Guinness Book of World Records.

Xiulin Ruan, a mechanical engineer at Purdue University and one of the key members behind the invention, stated that their effort to create the whitest white started seven years ago, and their primary goal was to eradicate the drastic effects caused by climate change. According to him, a 1000 square foot roof covered with the whitest white paint will have a cooling capacity of 10 kilowatts.

He also added that due to the reflective properties of the paint, it will successfully reflect back the sun rays from the surfaces. The paint can reflect back around 98.1% of sun rays. The whitest hues also indicate that this color will be the coolest among all the colors.

With the help of advanced monitoring devices such as thermocouples, the scientists were able to see that surfaces with the whitest paint were 19 degrees Fahrenheit cooler than regular surfaces at night and 8 degrees Fahrenheit cooler during noon. With the application of this paint, the walls of the building will repel heat, lowering the indoor temperature, that too without any power consumption.

This indeed is a breakthrough invention that took seven years to complete. The invention can also be traced back to the 1970s when radical steps were taken to make a cooling paint an alternative to mainstream air conditioners. To commercialize this valuable invention, the researchers have partnered with a company that will help them commercialize the paint to the general public.