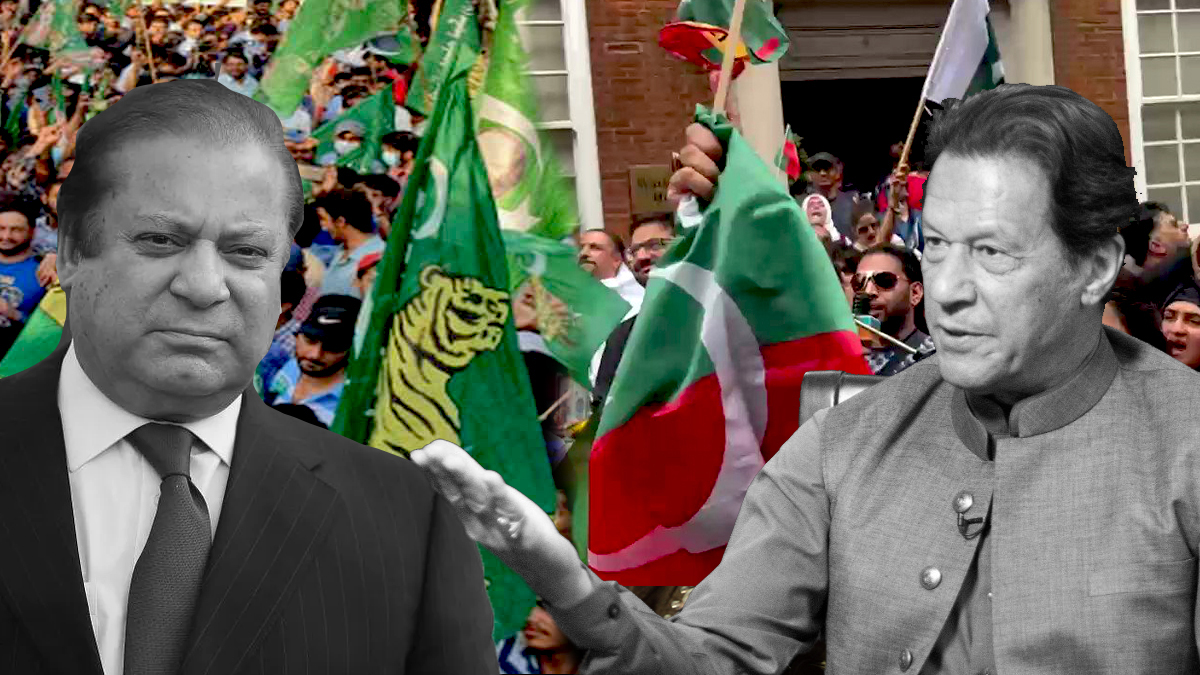 Activists from the PTI and PML-N have organised concurrent demonstrations at the residences of the opposing leadership of their parties.

PTI employees in London are urged by a billboard to congregate in Hyde Park on July 2 before marching to Nawaz Sharif and his family’s UK home, Avenfield House.

In reaction, Imran Khan’s ex-wife and the mother of his children, Jemima Khan, has requested that PML-N supporters in London assemble outside her residence. “We will visit Imran Khan’s children’s home if his supporters show up at the London home of our leadership. It’s pretty easy,” a PML-N organiser wrote on Twitter.

On Twitter, Ms. Khan berated PMLN, writing, “What the hell is wrong with these people, @pmln org? This weekend, there has been another large-scale protest planned outside the home of my 88-year-old mother. The third time is now! What does my mother have to do with politics in Pakistan? She finds it annoying, and it is a complete waste of police time.”