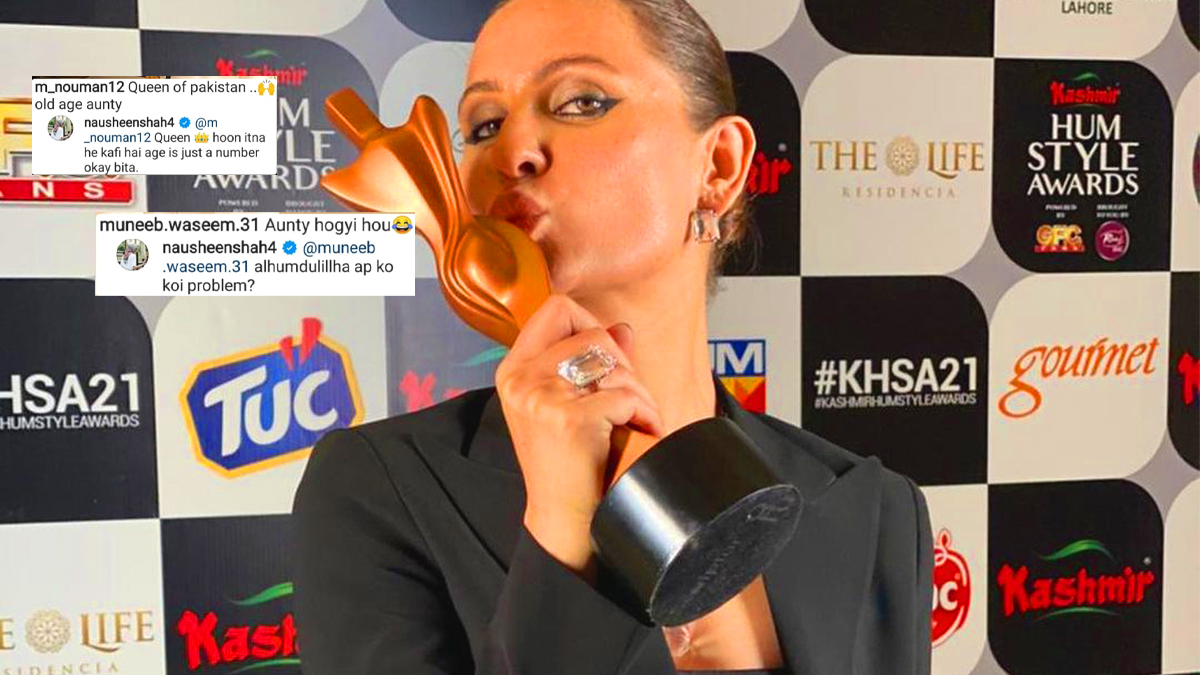 Nausheen Shah has responded back at trolls for leaving comments under her latest picture about her sense of fashion and age.

A leading actress of the Pakistani showbiz industry, Nausheen Shah was criticized heavily by netizens for imitating the style of the Palestinian-American model Bella Hadid.

On that, The Pehli Si Muhabbat actor made sure that she hits back at multiple trolls.

Nausheen Shah recently took to Instagram to share some of her photos on the social networking site in which she wore a unique style dress paired with a duster coat.

The social media audience was ready with its hate comments and shot them beneath the picture.

A user commented on her post and wrote, “You have tried to copy Bella Hadid.”

“Who is Bella Hadid?” asked Nausheen Shah, in response to the user’s comment.

Another user humorously wrote, “You look like our goat, MashaAllah!”.

In response to that critic, Shah commented with a laughing emoji.

It is pertinent to mention that most Pakistani actresses, including Nausheen Shah, are often heavily criticized on social media for their dress and style. People come down on them for blatantly copying the West and forgetting their own culture.

Some actresses, however, avoid responding to critics, while many actresses are vocal and actively respond to the backlash.

On the work front, the Dugdugi actress is to be seen next in Once Upon A Time In Karachi opposite Mohsin Abbas Haider.

Shah is best known for playing the character of Dua in the critically acclaimed series Pani Jaisa Piyar and Noor Jehan in Hum TV’s Rehaai.