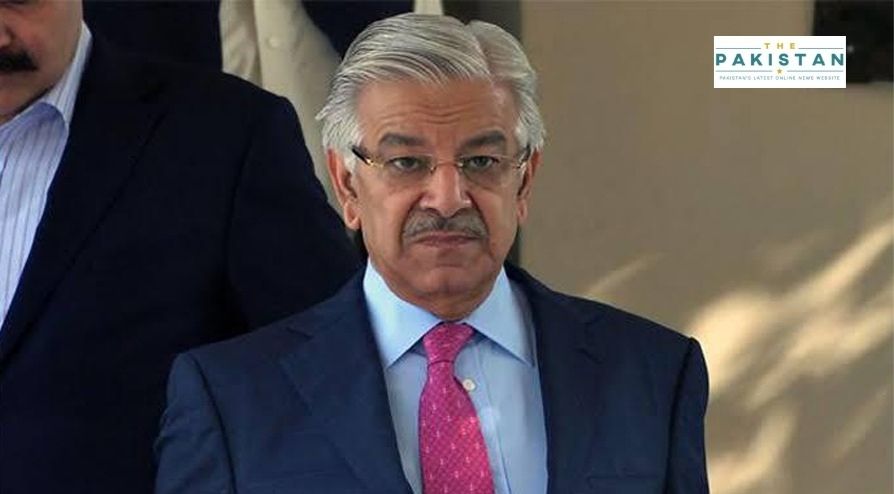 The National Accountability Bureau (NAB) has shifted PMLN Leader Khawaja Asif to Lahore from Islamabad after securing transit remand from the court on Wednesday.

The NAB had last night arrested Asif on the charge of assets beyond the means case as the bureau observed that the former defence minister failed to show the money trail of his assets and establish how he managed to amass such wealth despite serving as a public officer.

The NAB had said that Asif had gotten an iqama to work in Saudi Arabia and had amassed a large sum of money during that period. The accountability watchdog said that Asif had also established a fake company under the name of one of his accomplices and transferred vast sums of money into the same.

The authorities claimed that Asif did not have any proof to share as regards to where he got this money from.

As per the media reports, Asif’s counsel claimed that a NAB inquiry against Asif had begun a while back but had since been closed in 2018 at the Rawalpindi chapter.

The counsel further claimed that the NAB had refused to provide any arrest warrants or any reason for the arrest of the PMLN leader. At the hearing for the transit warrant to shift Asif from Islamabad to Lahore, Asif was allowed to meet with other PMLN leaders including Maryam Aurangzeb and Moshin Shahnawaz Ranjha.

Speaking to the media outside the courtroom, Asif said that the government has been trying to cause a rift within the PMLN and efforts were being made to divide the party into two. He said that various steps were taken in the last two years. He also claimed that the government and other groups were also trying to weaken the PMLN Leader Nawaz Sharif.