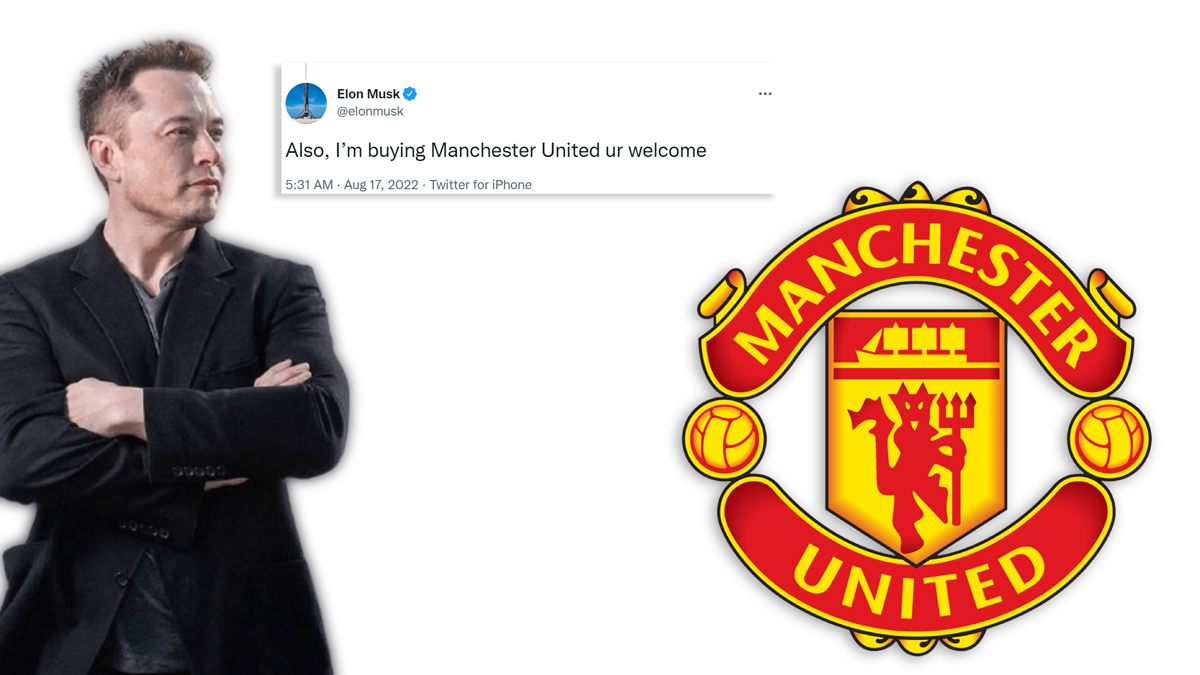 Elon Musk, the world’s richest person, said on Tuesday that he was purchasing English soccer club Manchester United Plc, but provided no other details.

However, in response to another post, Musk stated that it was a “long-running joke” on Twitter and that he was not buying any sports franchises.

Musk is known for his unorthodox and sarcastic tweets.

Only four months after announcing his intention to buy Twitter, Musk is suddenly attempting to back out of a $44 billion deal, which has landed him in court.

Manchester United is one of the most recognisable brands in international soccer, but the team is currently in trouble on the field, with fans demanding that the club’s current owners, the American Glazer family, leave.

The team’s primary Twitter account has more than 32 million followers, and Musk’s message received roughly 320,000 ‘likes’ on the platform within three hours.

Musk’s statement responded to an earlier tweet that stated, “To be clear, I support the left half of the Republican Party and the right half of the Democratic Party!”.

Some angry Manchester United fans had previously pushed Musk to buy the club rather than Twitter. Some commenters mocked Musk’s latest post, comparing it to his run at Twitter, or seemed to dismiss it as a joke, while others expressed hope that it was true.

“If Elon protects us from the Glazers, I’m buying a Tesla in his honour!” claimed one commenter, ‘DavidQ1987.”