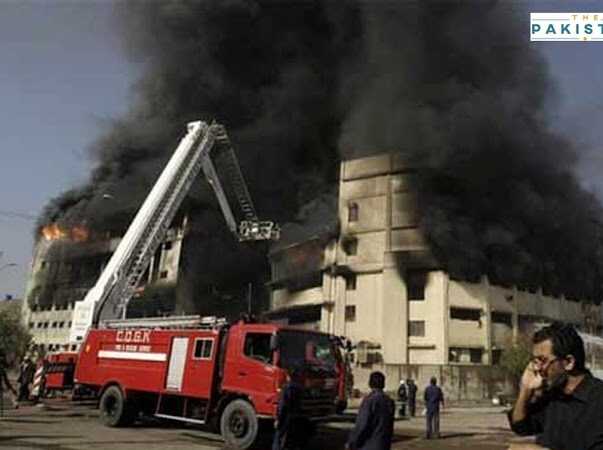 In a rare glimpse of justice, an anti-terrorism court in Karachi sentenced two MQM workers — Zubair aka Charya and Abdul Rehman aka Bhola — to death in the Baldia factory blaze that killed nearly hundreds of people.

A garment factory in Karachi’s Baldia Town was burned to the ground by two MQM workers after the factory owners refused to give extortion money to the party. The city was a stronghold of the MQM back then as the Altaf Hussain led party had become notorious for demanding extortion money from the wealthy residents of the city.

Later on, an investigation by the Pakistan Rangers in 2015 had found MQM to be behind the fires that killed more than 100 people.

According to some reports, the MQM had demanded a ransom of around Rs200-300 million in August 2012. The Baldia town factory inferno case took a dramatic turn when a report by Pakistan Rangers claimed that the MQM was behind the deadly fire that claimed the lives of at least 258 factory workers.

The report prepared by a joint investigation team (JIT) was submitted to the Sindh High Court by an additional attorney general, along with a statement of the deputy assistant judge advocate general of Rangers, Major Ashfaque Ahmed.

The statement said the information had been disclosed by suspect Mohammad Rizwan Qureshi, an alleged worker of the MQM, on June 22, 2013 during a joint investigation of the factory inferno, said the investigation report.

The Asian Human Rights Commission had shared its “sincere condolences to the families who lost loved ones and friends in these fires and calls on the government of Pakistan to ensure a credible and transparent investigation into their cause.”