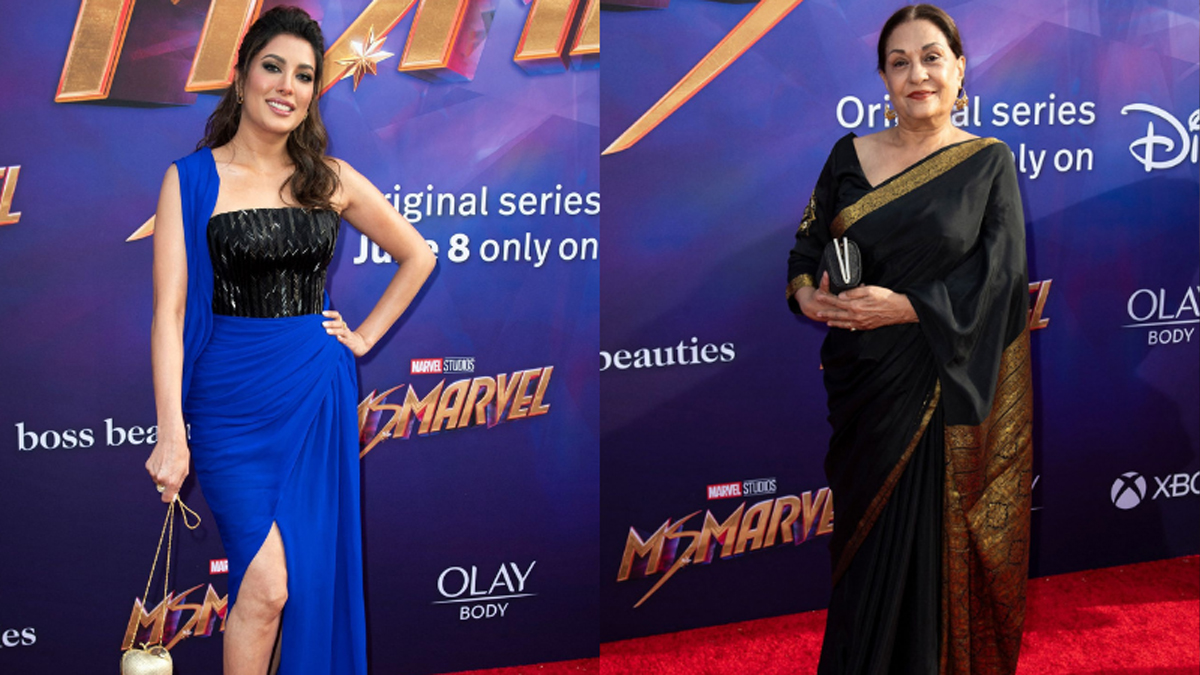 The glamorous premiere of the superhero series Ms. Marvel was held in Los Angeles on Thursday evening.

The cast and crew members of the series arrived in style at the El Captain Theatre in LA.

It is the first series in Marvel franchise about a superhero who is a Muslim.

The makers of the series remained tight-lipped on Mehwish Hayat and Samina Ahmed’s participation and character in the series. However, their pictures from the glamorous event took the social media sites by storm.

Samina Ahmed, on the other hand, wore a black and antique gold silk sari. Ahmed completed her look with a classic black clutch and traditional earrings.

While both of the ladies haven’t in the trailer or in the cast line-up of the series, they were photographed with the rest of the cast at the premiere.