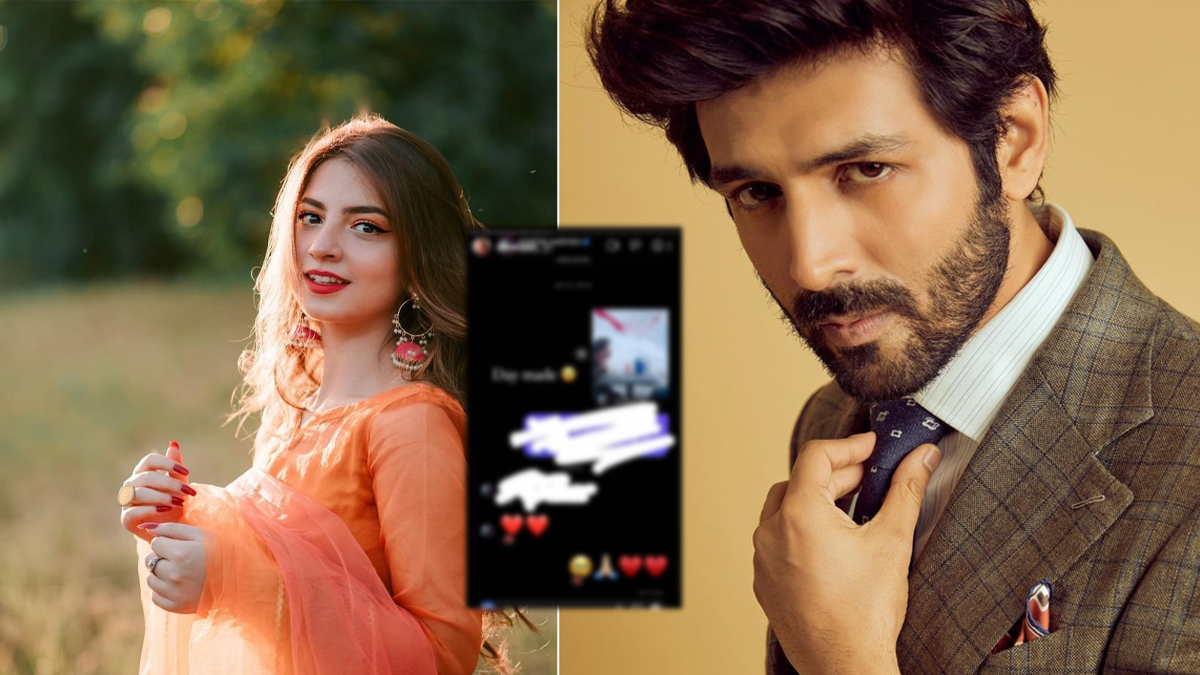 Pawri girl Dananeer Mobeen was happy when she had the perfect fan moment with Bollywood superstar Kartik Aaryan. The star had uttered the famous Pawri catchline in his film Bhool Bhulayyan 2.

Sharing a screenshot on her official Instagram handle, Dananeer Mobeen revealed that she had a chat with the Luka Chuppi star and captioned it, “Day Made”.

However, her happiness didn’t go well with the keyboard warriors as a vast majority of her fans slammed the Sinf e Aahan star. Others were of the opinion that Dananeer and others Pakistani stars should stop obsessing over Bollywood stars.

Bollywood film Bhool Bhulayyan 2 was released in theatres on May 20 and it starred Kartik Aaryan, Tabu, Rajpal Yadav, and Kiara Advani in lead roles.

The 19-year-old “pawri” girl rose to fame after her five-second video went viral across social media channels in the subcontinent. The short video was shot by the star in the Nathiagali mountains of northern Pakistan and uploaded on Instagram. It showed a group of youngsters having fun by the roadside. On the work front, Mobeen has been praised for her debut on the small screen with the drama serial Sinf-e-Aahan.

Why is the Metaverse bound to fail?