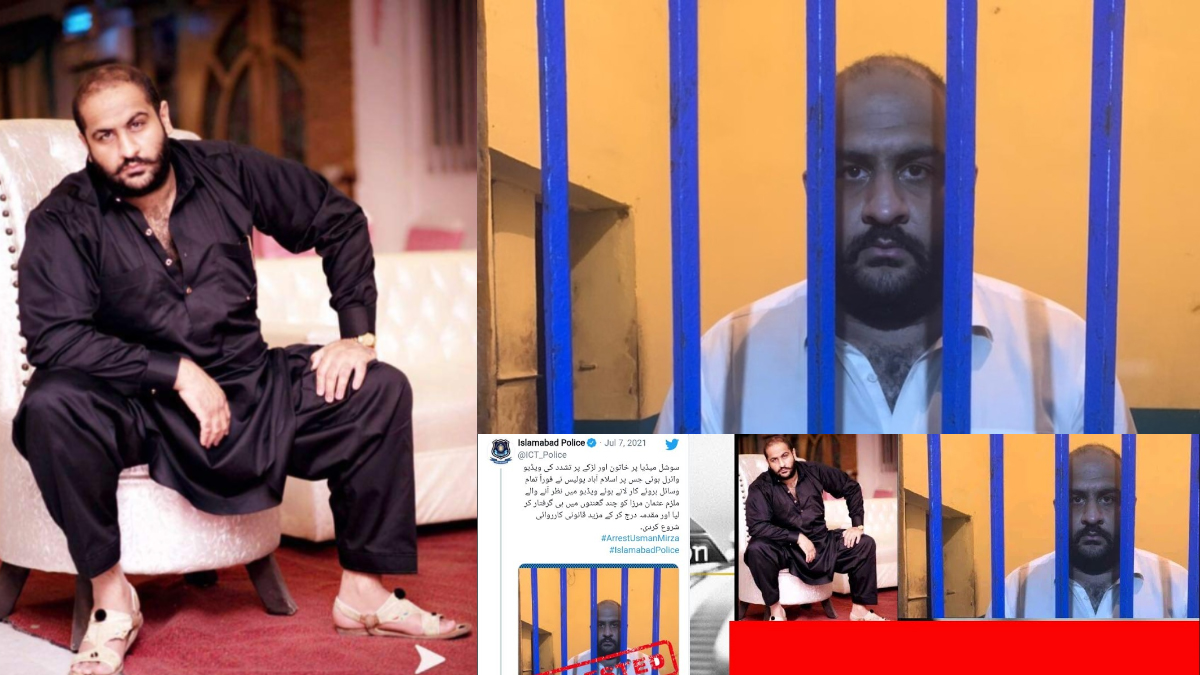 Islamabad Police have arrested a man identified as Usman Mirza after a video of him assaulting a couple went viral on social media.

Mirza’s close aide Farhan has also been arrested. Meanwhile, a search for the third accused is underway.

The arrested men, as per media reports, are to be produced before the court today.

A video recently surfaced on social media where Mirza can be seen assaulting and getting violent against a young couple. The video sparked outrage across Pakistani Twitter and #ArrestUsmanMirza made it to the top of the trends panel on the social media platform.

Twitteratis urged the law enforcement agencies to arrest Mirza as the contents of the video were numbing in nature. A user said that he couldn’t speak for hours after he saw Mirza violently thrashing and harassing the young couple in a room full of men.

Meanwhile, old videos showing the accused’s weapons are also being shared on the platform.

Mirza is reportedly a property dealer.

PTI MNA Maleeka Bokhari, in an update on the case, tweeted that IG Islamabad is leading the investigation.

“I have received various messages of women feeling angry and unsafe. I assure you that the State is here to protect you all & will not spare such barbarians,” Bokhari wrote.

After Mirza’s picture – behind the bars – was uploaded by the Islamabad police, people took a sigh of relief and lauded the policemen for their swift and stern actions.

Pakistanis, however, place a little trust in the lower courts – which have a history of relieving criminals – thus are hoping that justice is soon served and he isn’t bailed anytime soon.

Human rights groups across the country are also routing for the arrest of all those accompanying Mirza, saying that they should be held equally responsible as they did not stop Mirza from committing this barbarian act.