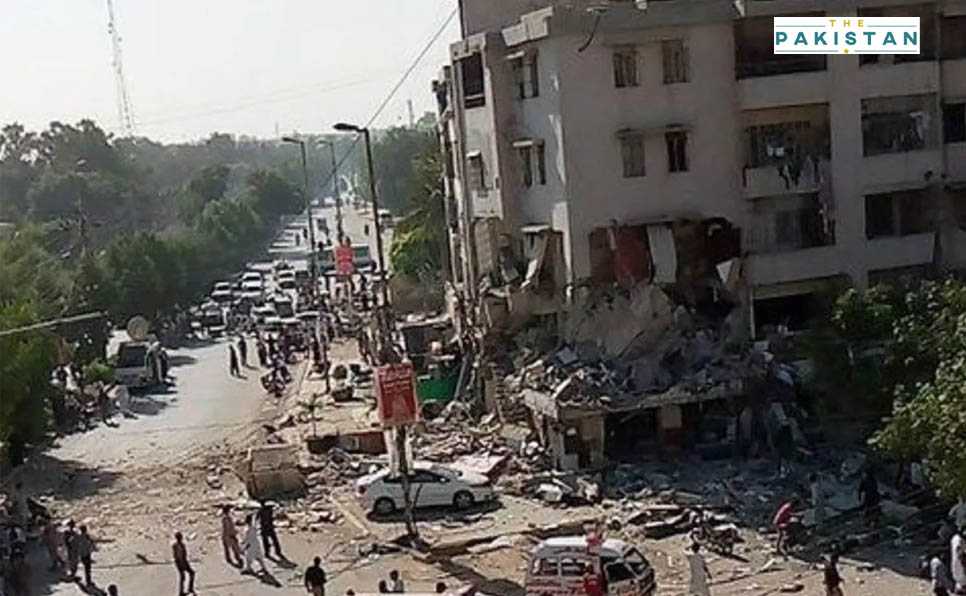 Around five people were killed and 20 were injured in a blast that knocked off the corner of a building in the suburban area of Gulshan-e-Iqbal Karachi.

The explosion happened at Muskan Chowrangi whereas the cause of the explosion is still unknown.

Security forces have reportedly cordoned off the area to investigate the cause of blast and rescue operations are also underway. A video shared on social media shows Chipa and other volunteers sifting through the debris to look for stuck individuals.

Officials on the site said that the first two floors of the building have seen huge crater around the sides and were partially destroyed. They said that given the impact of the explosion, more lives could have been lost but it cannot be said with surety.

Meanwhile, Sindh Chief Minister Murad Ali Shah also took notice of the matter and directed relevant health, rescue and security departments to look into the explosion and submit a report on the loss.

He also advised the authorities to make sure the injured are cared for in the hospitals while sharing his sorrow over the loss of life.

This is the second such explosion in Pakistan during the last two days. Another motorcycle-laden explosion was reported in the Shireen Jinnah Colony in the southern part of the city.

The explosive device, which  was fitted in a motorcycle parked outside a tyre shop near the bus terminal, injured around five people. .

The police told the media that the bomb weighed around one kilogram and was fitted in the seat of the vehicle. It was locally made and contained ball bearings.

Two pedestrians and four passengers in a bus parked at the terminal were severely injured because of the ball bearings in the bomb.