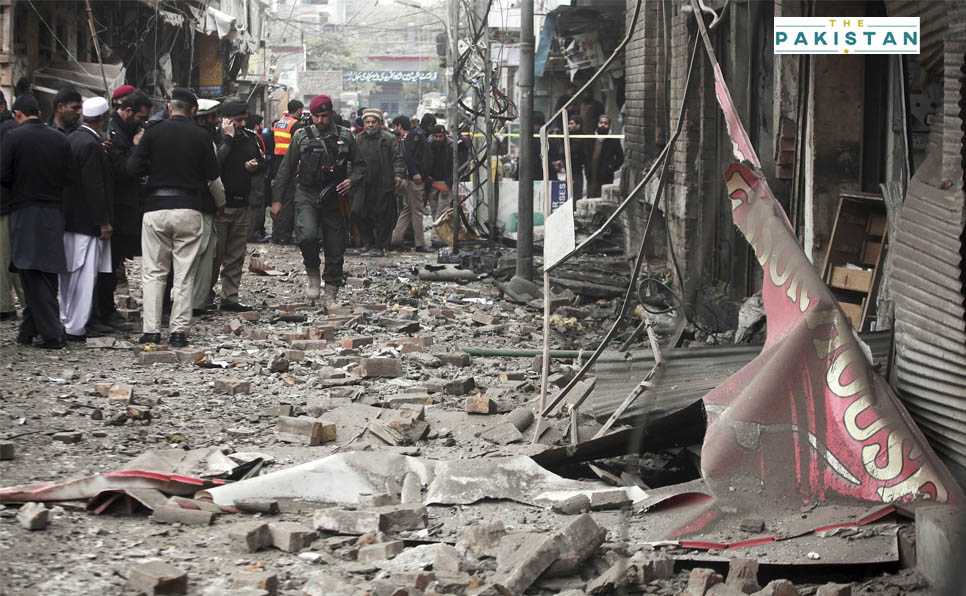 At least seven were killed and more than 80 injured in a blast that shook a religious seminary in the northern city of Peshawar, health and police officials from the city reported.

Around four of those killed in the blast were aged between 20 to 25.

No terrorist organization has yet claimed responsibility for the attack whereas Tehreek-i-Taliban Pakistan has said that it had no role in the attack and lamented the loss of lives due to the attack.

Officials have informed the media outlets that the bomb was packed in a plastic bag inside the seminary. Pictures and videos from the area showed shattered roof, blast marks on the walls of the seminary.

I want to assure my nation we will ensure the terrorists responsible for this cowardly barbaric attack are brought to justice ASAP, said Prime Minister Imran Khan immediately after the attack while adding that he was “deeply saddened by the cowardly attack. My condolences go to the victims’ families and prayers for early recovery of the injured.”

Official lists of the students showed more than half of those wounded from Afghanistan.

Police officials at the scene said that around 5kg explosive was used in an improvised explosive device (IED) during a quran class.

MNA Mohsin Dawar also condemned the blast, pointing to the fact that “neither our schools nor madrassas are safe”.

“We have been warning against the regrouping of terrorists in our areas. All terrorist networks need to be dismantled fully,” the minister added.

Moreover, without understanding the sensitivity of the matter, PML-N leader Ahsan Iqbal said he was “very sorry” about the incident but went on to score political points as he said that: “terrorists, who had been defeated, are again hitting us because Imran Khan has pitched security apparatus against the opposition instead of terrorists. National Action Plan has been forgotten.:”