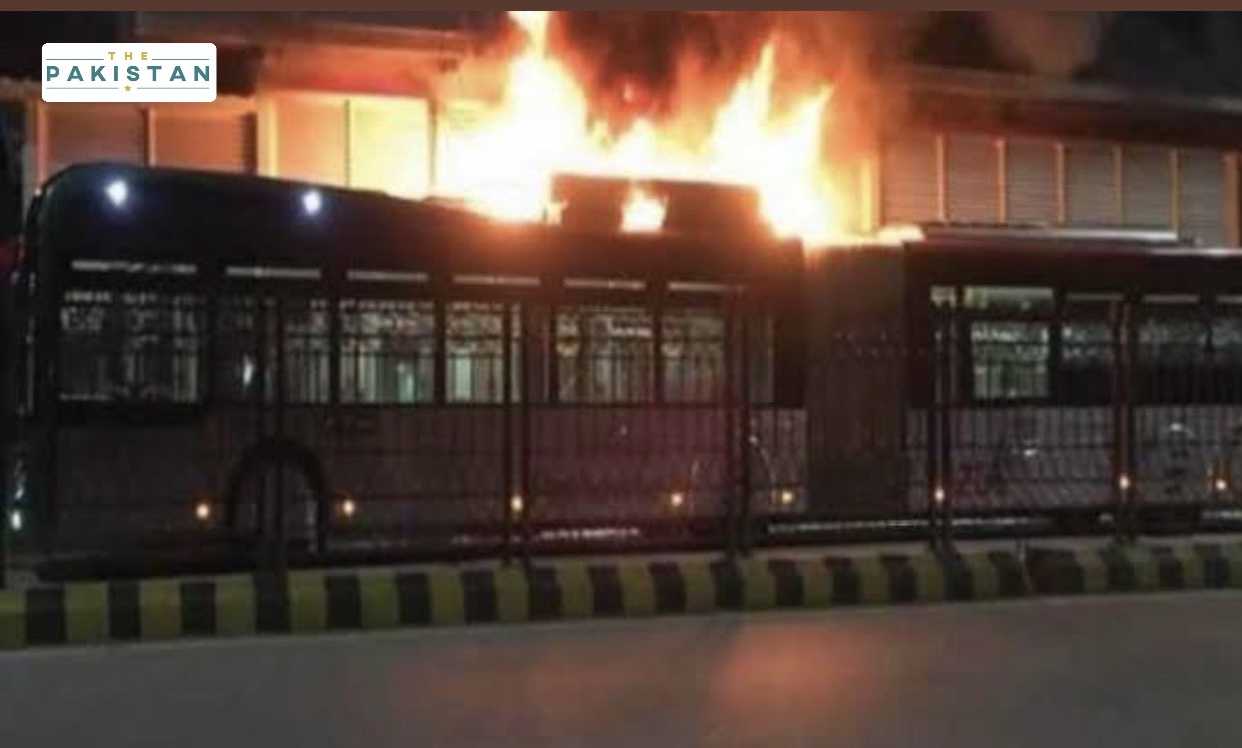 Peshawar Bus Rapid Transit (BRT) System has been plagued by one problem after another beginning from the project ideation to execution and then operations of the system, controversy has followed the project everywhere.

After shutting down for more than 40 days after several of the buses under the system caught fire with passengers on board, the service was launched yesterday by the provincial authorities.

However, with just one day into the reopening, a news report claimed that another bus caught fire as well.

The BRT bus service was launched on August 13 by Prime Minister Imran Khan who also rode the first inter-city ride. Later, the service was suspended on September 16 in the wake of four fire incidents in buses and another incident where a video showed rain water pooling inside one of the buses.

Following the suspension of the service, a team of Chinese engineers arrived in Peshawar to help identify and rectify the issues causing fire.

The maintenance company filed a report to the TransPeshawar saying that the fire incidents were being caused by a motor controller installed between hybrid batteries and electrical motor.

As a solution to these problems, the company said that its solution included changing insulated gate bipolar transistors in the motor controller, which will reserve the larger power capacity and improve the performance of the temperature resistance and current converting efficiency.

Moreover, the company also said that it will install temperature sensors in motor controllers so that the temperatures can be recorded in real-time so that warnings can be issued in real-time regarding any abnormal fluctuations.

The company assured the authorities that it will stand by its contractual commitments and would continue offering full support and cooperation for the smooth running of the bus service in Peshawar.