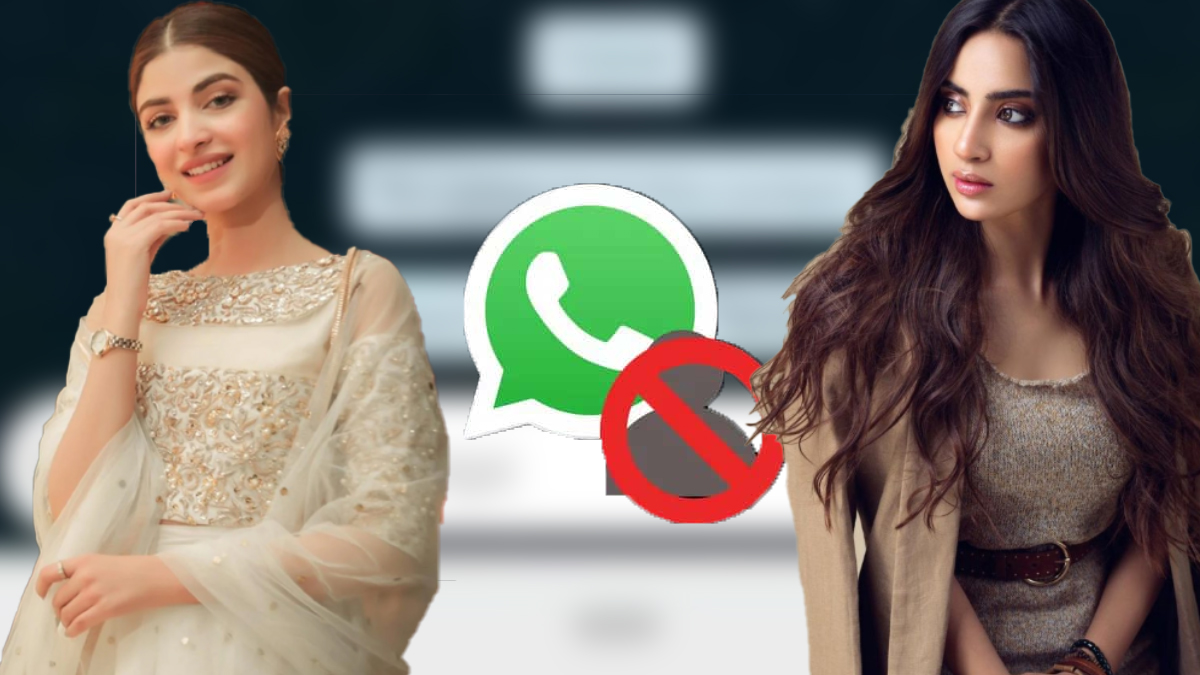 Kinza Hashmi, in a recent interview, has said that she blocks Saboor Aly’s phone number before going to bed every night.

She was giving an interview to the Fuchsia magazine where she revealed this shocking fact.

But the reason for it isn’t that shocking enough. Revealing the reason, she said that her co-actor wakes her up every morning, at the time when she is fast asleep.

“I wake up at the time of my shooting,” the Ishq Tamasha star said. “It is a 15-minute drill, usually every morning, in which I have to wash my face, take a five-minute shower, get dressed and head downstairs.”

Kinza Hashmi is a young, and talented Pakistani actress and a model who rose to fame at a very young age. She came into the showbiz industry without any sort of artistic background. She has amassed a fan following in a short span of time.

She said Saboor calls people up the moment she wakes up. “She wakes up at seven or eight in the morning regularly”.

“I initially picked her call for the first time around. I thought she might be in some sort of a mess. Instead, what happened was that she asked me if we could head for breakfast together,” Kinza said.

“I looked at my clock and saw that it was around seven in the morning. My first thought was that Saboor has gone mad. I ended up going with her as she was insisting to pick me up.”

The 24-year-old later revealed that this has happened time and again later.

“One day, I was sleeping and she called me. It was about eight in the morning. She just inquired if I was still asleep. I said yes as my shooting is at 12 in the morning and would wake up later. She said that it was a random call and she was just checking upon.”

Fazl announces new round of protests against PTI