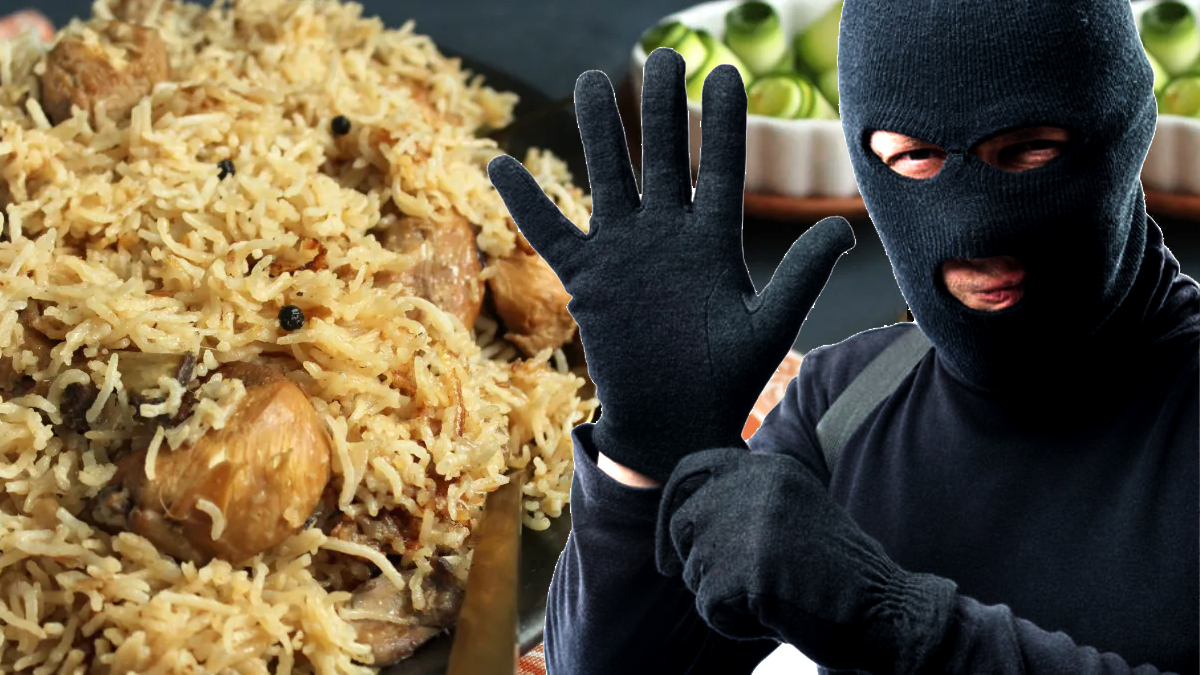 Robbers in Karachi’s Bahadurabad area looted a restaurant after having a scrumptious meal of pulao and cold drinks.

According to media reports, draped in shalwar kameez, the culprits came on two motorcycles. One of them stood outside while his three partners went inside to lay their hands on Rs0.15 million.

It can be seen in the CCTV cameras that one of them ordered pulao just before committing the crime. The other two helped themselves with cold drinks.

The video shows that they were wearing masks as part of the health protocols set by the provincial government to tackle the coronavirus pandemic. One of them came to the restaurant and sat on a bench. Shortly after, his two partners followed and sat next to him after shaking his hand.

Two of the suspects were constantly on their mobile phones and while all of them kept looking around in the vicinity suspiciously.

While this incident is enough to caution restaurant owners and citizens across the metropolis to stay cautious and aware, another incident reported will warm your heart up with mercy.

In the viral 45-second footage, two robbers on a motorcycle were seen stopping a delivery rider who was standing outside a house in a narrow street to deliver ordered items.