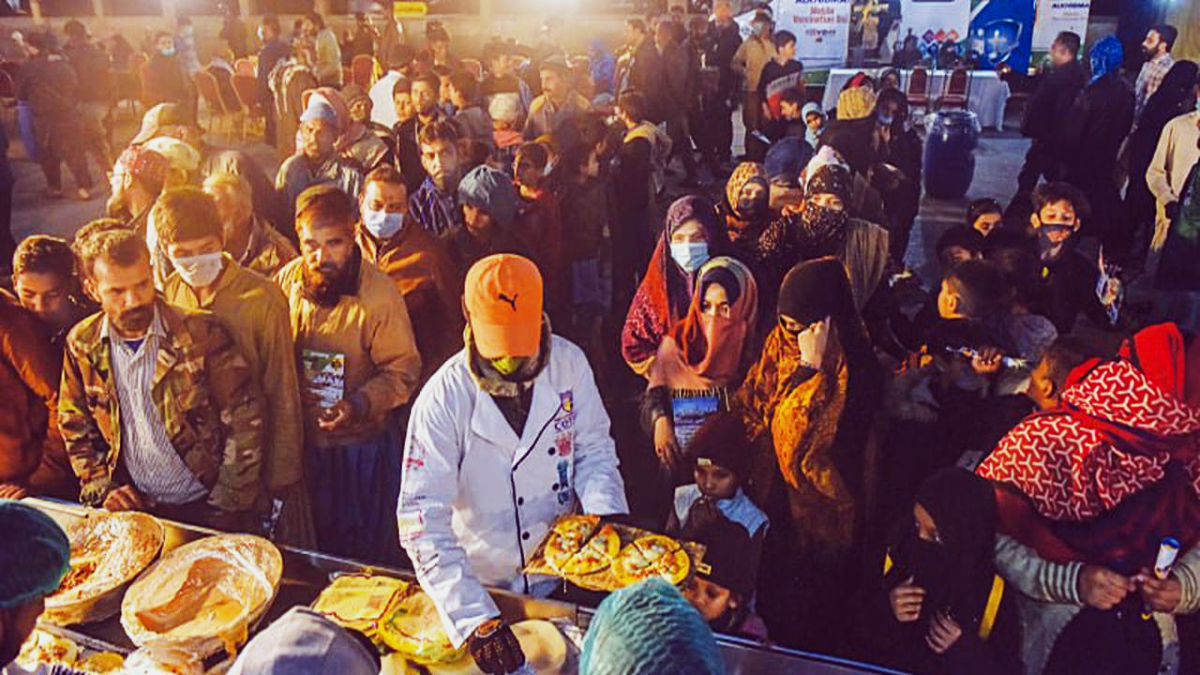 The ongoing protest sit-in by the Jamaat-e-Islami (JI) outside the Sindh Assembly building turned into a family festival over the weekend.

The JI used a unique crowd-pulling tactic, turning agitation into a family event on Saturday and Sunday. The course pretty much succeeded as otherwise children and families stay away from such political gatherings.

The sit-in was named the Karachi Dharna Family Food Festival as the JI entered its 23rd day of protest.

The event transformed the road outside the Sindh Assembly into a well-lit, open-air food court.

Read Also | Pakistan to face India on Oct 23 at MCG

People from all walks of life participated in voicing their grievances with the city administration. The area turned into a place to enjoy various cuisines from 5 pm till 1 am over the weekend.

Masala dosa, chutney and Hyderabadi achar were the available food delicacies of Indian origin that are otherwise hard to find in Karachi.

Karachi’s famous Bun Kebab, pizza, fish, and other snacks were available at several food stalls in the two-day festival. According to media reports, one of the stalls gave out snacks free of cost for the festival’s participants. Moreover, a live display of Martial Arts’ skills for children was another major attraction for the families.

The sit-in has been continuing since New Year’s Eve, asking for powers in Karachi’s mayoral office to enable the next mayor to have a meaningful role.

The event was an excellent crowd-puller. The stall owners there gave a tough competition to the vendors of nearby food streets at People’s Square and Karachi’s famous Burns Road.

JI Karachi chief Hafiz Naeem-ur-Rehman said that he would have commenced the festival earlier if he had known that so many people would participate in the event.

People liked the idea of a festival at the protest venue, given that the city had few places left for recreation.

Fear the day I come on streets: PM Khan